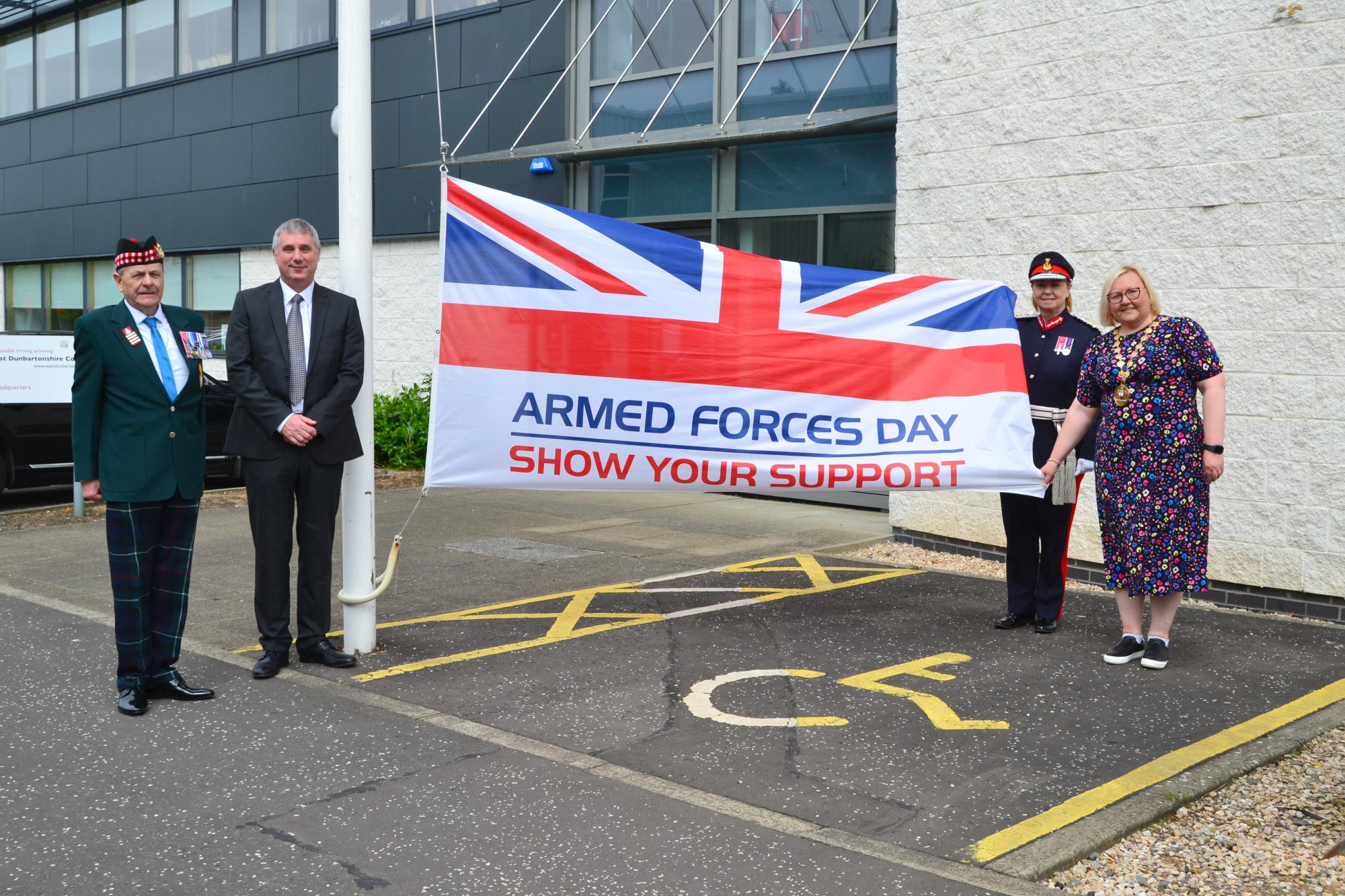 In what is now an annual tradition for East Dunbartonshire Council, the Armed Forces flag is flying outside its HQ in Kirkintilloch to mark Armed Forces Day (Saturday 25 June 2022).

Buildings across the UK will fly the Armed Forces Day flag over the next few days in a show of unity, gratitude and support for serving troops and their families, veterans and cadets.

Provost Gillian Renwick said, “Raising this flag has become a proud tradition in East Dunbartonshire and one that I am pleased to continue. I am delighted to be joined by the Lord-Lieutenant, Councillor MacDonald and retired Fusilier Robert Campbell to help mark the occasion. We owe a debt of gratitude to our Armed Forces - those currently serving, our veterans who gave so much and those cadets who stand ready."

Lord-Lieutenant Mrs Jill Young MBE, added, "It is important that we never forget the service and sacrifice of our Armed Forces and this Day, set aside for us to demonstrate our respect, is our chance to honour them publicly and show our admiration and appreciation."

In 2017, the Council signed the Armed Forces Covenant with the Ministry of Defence - a promise that those who serve or who have served in the armed forces, and their families are treated fairly.