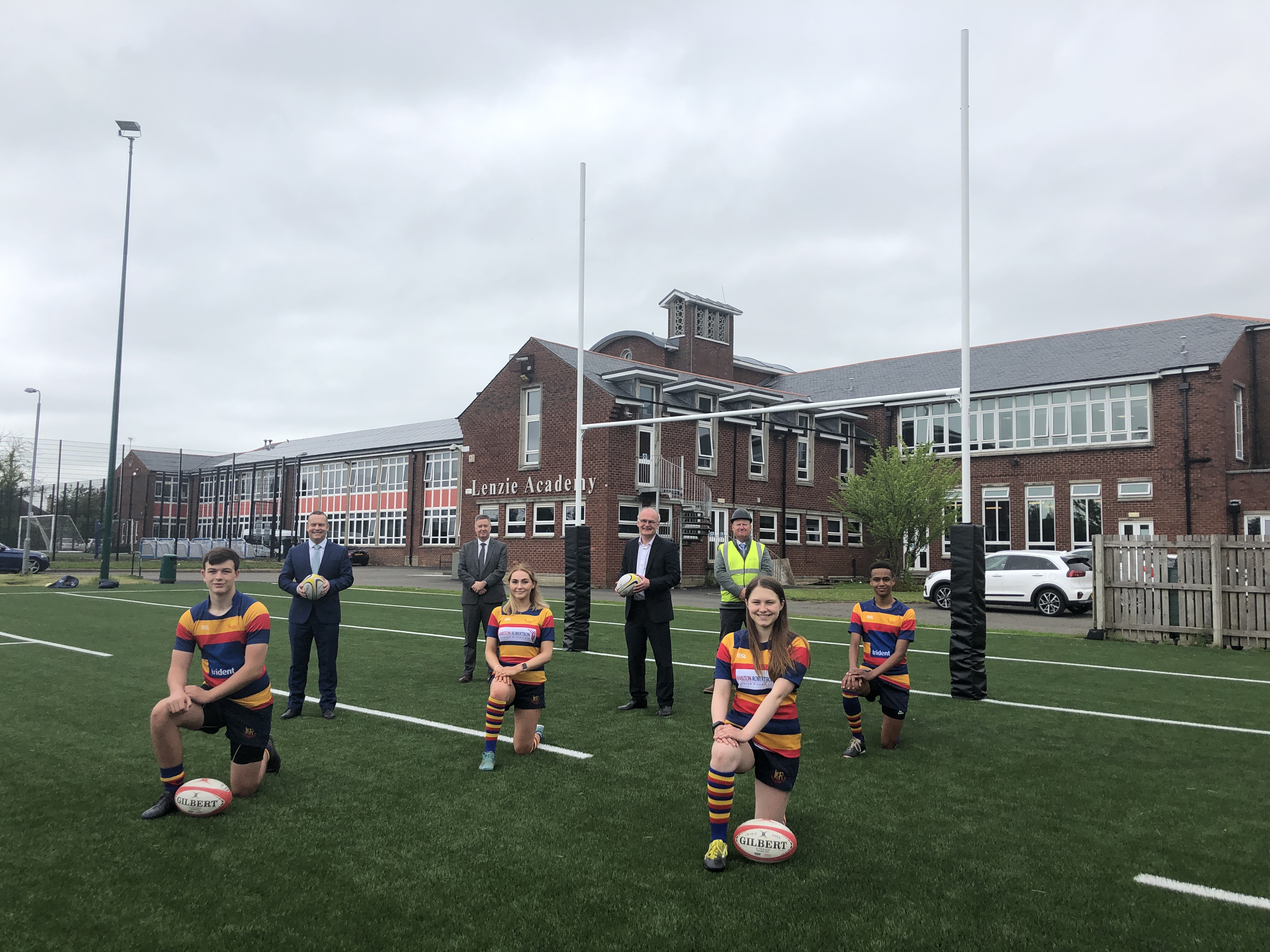 A brand new 3G rugby pitch at Lenzie Academy - the first of its kind in East Dunbartonshire - is being hailed as a game changer by pupils.

Six years ago, Lenzie Academy became one of Scotland's 17 Schools of Rugby in partnership with Scottish Rugby and Lenzie Rugby Club.

And now, more than 120 pupils - including many from other local schools - benefit from coaching sessions and an extensive extra-curricular development programme delivered by East Dunbartonshire Leisure and Culture Trust.

Headteacher of Lenzie Academy Brian Paterson said, "This new artificial pitch replaces our grass pitch and is a major boost to the continued development of Lenzie Academy as a School of Rugby. The artificial surface and floodlighting mean we can deliver high quality training sessions all year round, with no disruption over the winter.

"We have a very enthusiastic group of players at all ages and stages from Lenzie Academy and other schools including local Primaries where children are introduced to the sport early on in a fun way. The future of rugby is in good hands."

As a result of the partnerships that have been built up over recent years, Lenzie Rugby Club is able to regularly field five boys' teams and three girls' teams at youth level. There are now also established routes for young people to go on to gain coaching and refereeing qualifications, allowing them the opportunity to play an ongoing role in the programme.

Joint Council Leader Vaughan Moody said, "It's great news that despite the challenges of the pandemic we have been able to deliver this new pitch at Lenzie Academy. It looks fabulous and the young people are really excited to use it and be able to train and play on a state-of-the-art surface. It is a superb resource for the area's young people and will further enable rugby locally to flourish."

In 2015, Lenzie Academy was identified as an ideal school to strengthen senior rugby in the local area because of its strong rugby heritage. As a School of Rugby it provides learning inside and outside of the classroom, allowing all pupils to experience the sport.

Joint Council Leader Andrew Polson added, "Having access to quality outdoor space like this is vitally important for young people to help improve physical and mental wellbeing. The benefits of taking part in sport are well known so I am delighted to see this new pitch completed. It's also great to see the links with the local rugby club whose numbers have been boosted by the partnership. I might give it a 'try' myself."