Homegrown hero returns to pool where her quest for success began

A Scottish swimming star has returned to the leisure centre where she first took the plunge to help inspire the next generation of aquatic aces. 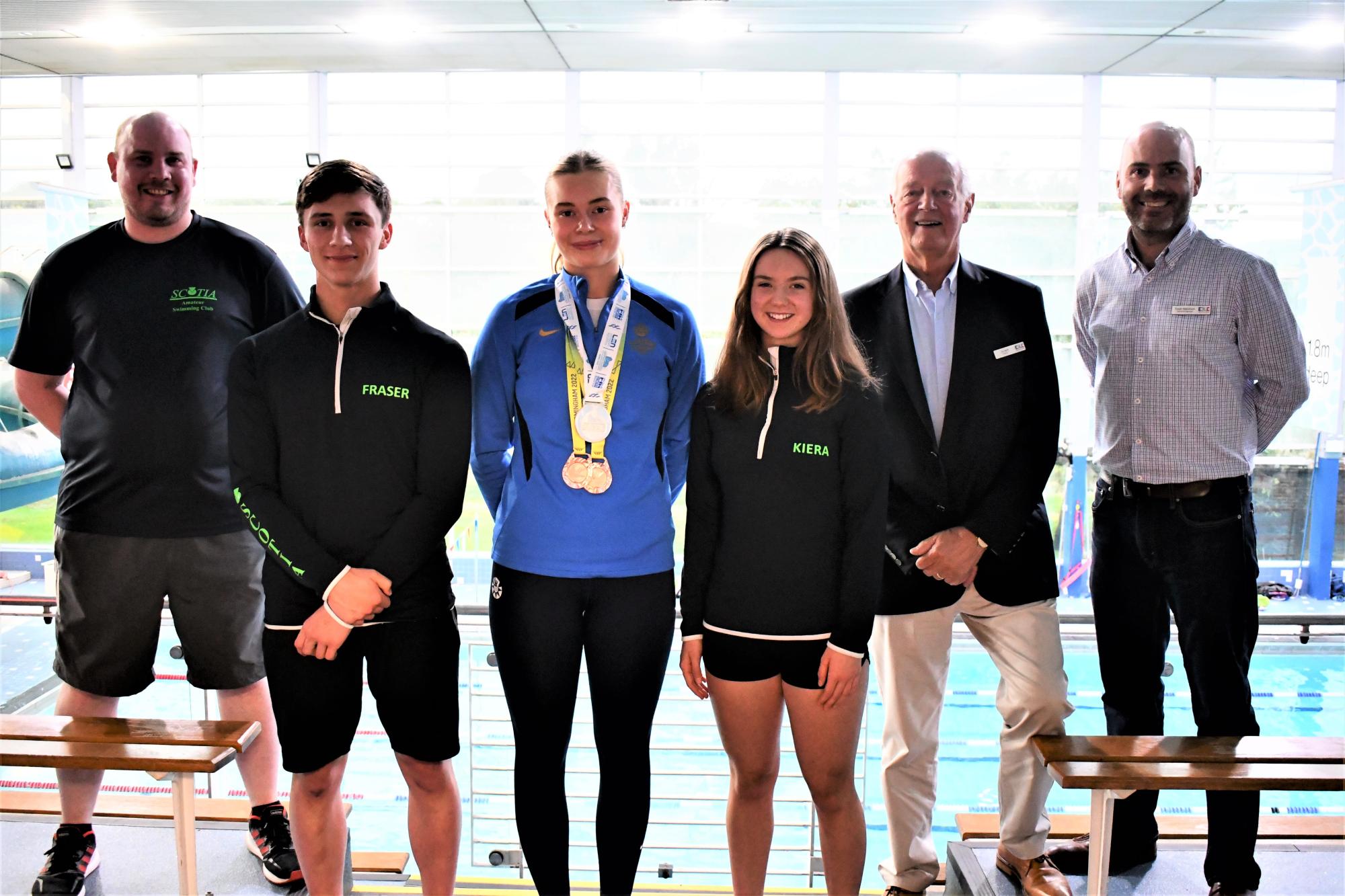 Most babies are keen to learn to crawl before they learn the front crawl, but not Katie Shanahan.

Katie - who lit up the 2022 Commonwealth Games and European Championships - first dipped her toes in the water at a 'mother and baby' class at the Leisuredrome in Bishopbriggs when she was just six months old.

Fast forward 18 years - juggling early mornings, training sessions, school and all the pressures of life - and Katie's achievements include:

It's an incredible story ... and one that has only just started. Katie visited the Leisuredrome recently to reunite with Scotia Amateur Swimming Club - where she first honed her aquatic skills - to help inspire the next set of swimmers following in her wake.

Check out YouTube for a video of her visit. You can also watch an interview on YouTube.

Katie, who is from Bishopbriggs, joined Scotia at the Leisuredrome when she was just four years old.

"The rest is history," she said. "I moved through the squads at Scotia and then moved to City of Glasgow Swim Team when I was nine.

"I've always loved it. My mum likes to tell the story of being asked to demonstrate ducking me under the water at the 'mother and baby' classes at the Leisuredrome because the other babies would cry and I would laugh!

"My training time has built up over the years. I started with four sessions a week at Scotia and gradually built up to 16 hours a week at Glasgow. I started morning training when I was 10 - getting up at 4.30am to be in the pool by 5.30am. Now I don't start until 8am so it's like a long lie!"

Katie is a member of the elite swimming programme at Stirling University, where she is studying journalism and sports studies.

The former pupil of Woodhill Primary and Bishopbriggs Academy has been a consistent star for Scotland and Great Britain, but really hit the headlines at the 2022 Commonwealth Games in Birmingham when she secured two Bronze Medals.

She recalls, "I went in hoping to make personal bests and some finals so to medal at my first Games was unexpected. The crowd were amazing. The atmosphere was electric and I do believe it's one of the reasons why I did so well and medalled. It was really exciting to be part of Team Scotland."

Birmingham was followed by Silver success in the Eternal City for Great Britain.

Katie said, "I’ve been fortunate to swim in many pools around the world, but the outdoor pool in Rome is my favourite. It was the end of the season and I was on a high after the Commonwealth Games so just decided to give it everything I had left in the tank and it paid off."

As well as meeting members of Scotia during her visit, Katie kindly donated a signed swimming cap and shirt.

Scotia Secretary Becca McFadyen said, "We're really grateful to Katie for reuniting with the club after all these years. It's great to see homegrown talent return to their roots to inspire swim stars of the future."

He said, "We were delighted to welcome Katie back to the Leisuredrome, where it all began - she's an inspiration and we wish her all the very best for the future. I hope her success and determination help to inspire more people to get active. EDLC venues provide an excellent location for anyone of any ability to come in and swim."