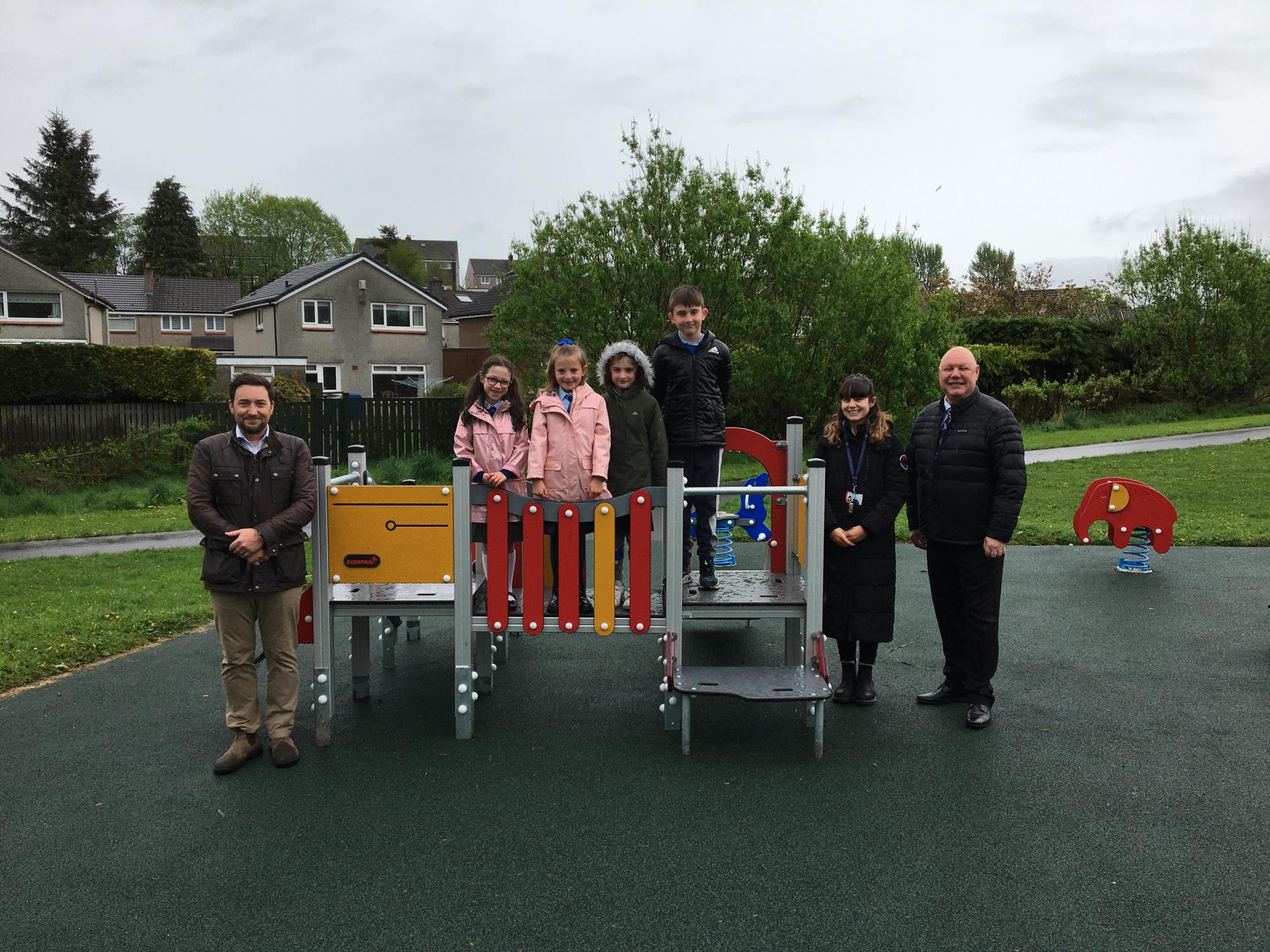 A play park in Bishopbriggs has been completely transformed thanks to a £90,000 investment by East Dunbartonshire Council.

The newly upgraded Meadowburn North Play Area was finished in April and is already proving highly popular with the local community.

Boasting a dazzling array of new play equipment the play park design was voted for by the community and was officially opened with a visit from pupils from nearby Meadownburn Primary School.

The Council's Depute Chief Executive, Ann Davie, said, "This is has always been a much-loved and popular community play facility and its transformation has been remarkable.

"There is so much for children of all ages to enjoy and it is great to hear that youngsters are already having fun on all the new equipment. 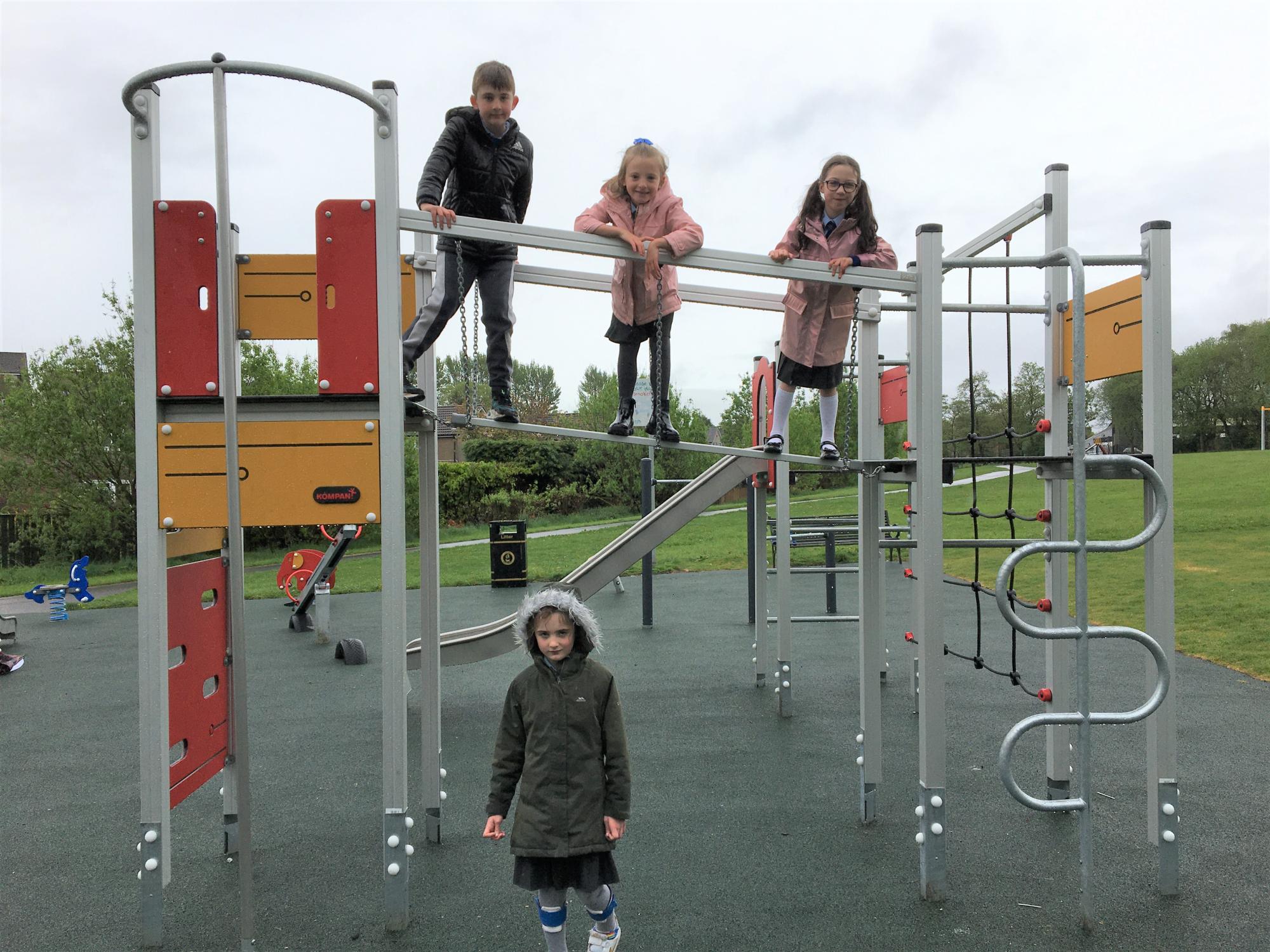 "This play area was built as a direct result of a consultation involving children and residents from the Bishopbriggs area. The fact that the final design was chosen by the community means that all the children and young people who participated can feel ownership over the final result.

"This is a fantastic community facility which I am sure will bring smiles to local children and families for many years to come."

In 2021, the Council carried out an extensive online consultation giving residents the opportunity to choose a new particular play area design for three locations across East Dunbartonshire: Woodhead Park, Kirkintilloch, and Meadowburn North Play Area and Doune Crescent, both in Bishopbriggs.

The consultation exercise attracted a large number of votes on the Council’s website. At Meadownburn North Play Area, a well-used community facility near Hilton Terrace, Bishopbriggs, residents were given a choice of two designs and Option 1 on the consultation won the contract. 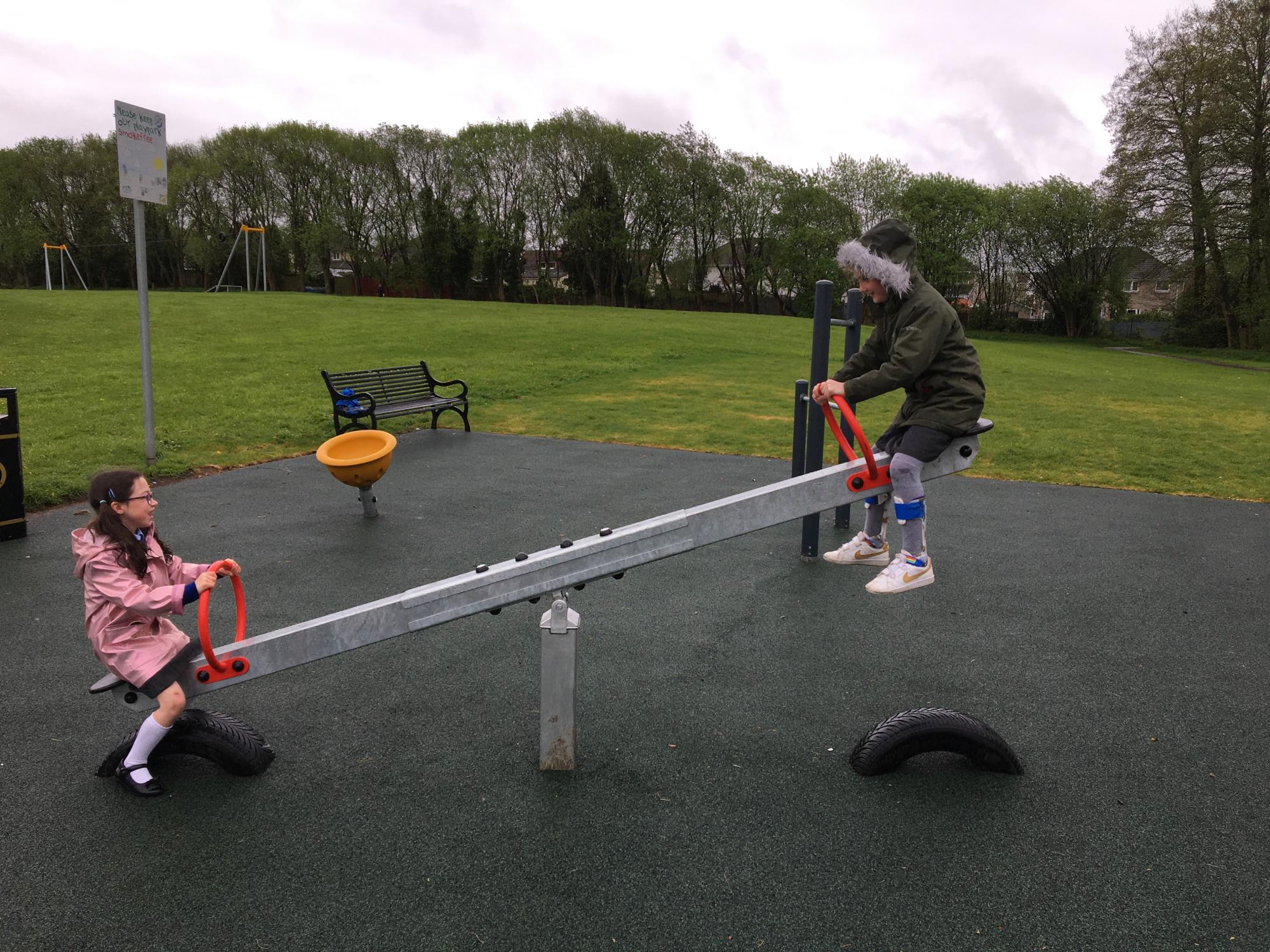 Work at the play area involved the removal of all the existing play equipment and the rubber matting safety surfacing which has been replaced by a bright new attractive play facility with modern wetpour safety surfacing and modern equipment. This is adjacent to a newly created greenspace area which replaced the existing tarmacadam surfacing.

In additions to this there is a  large triple tower multiplay unit, seesaw, double somersault bars, spinning bowl, a selection of "springies", a toddler triple tower unit and a wheelchair inclusive roundabout.

Meadowburn North Play Area is not the only facility in Bishopbriggs to receive an upgrade. The play area behind the Leisuredrome has also seen the introduction of a popular new multiplay unit and swing unit on top of the earlier repair to the play areas safety surfacing. 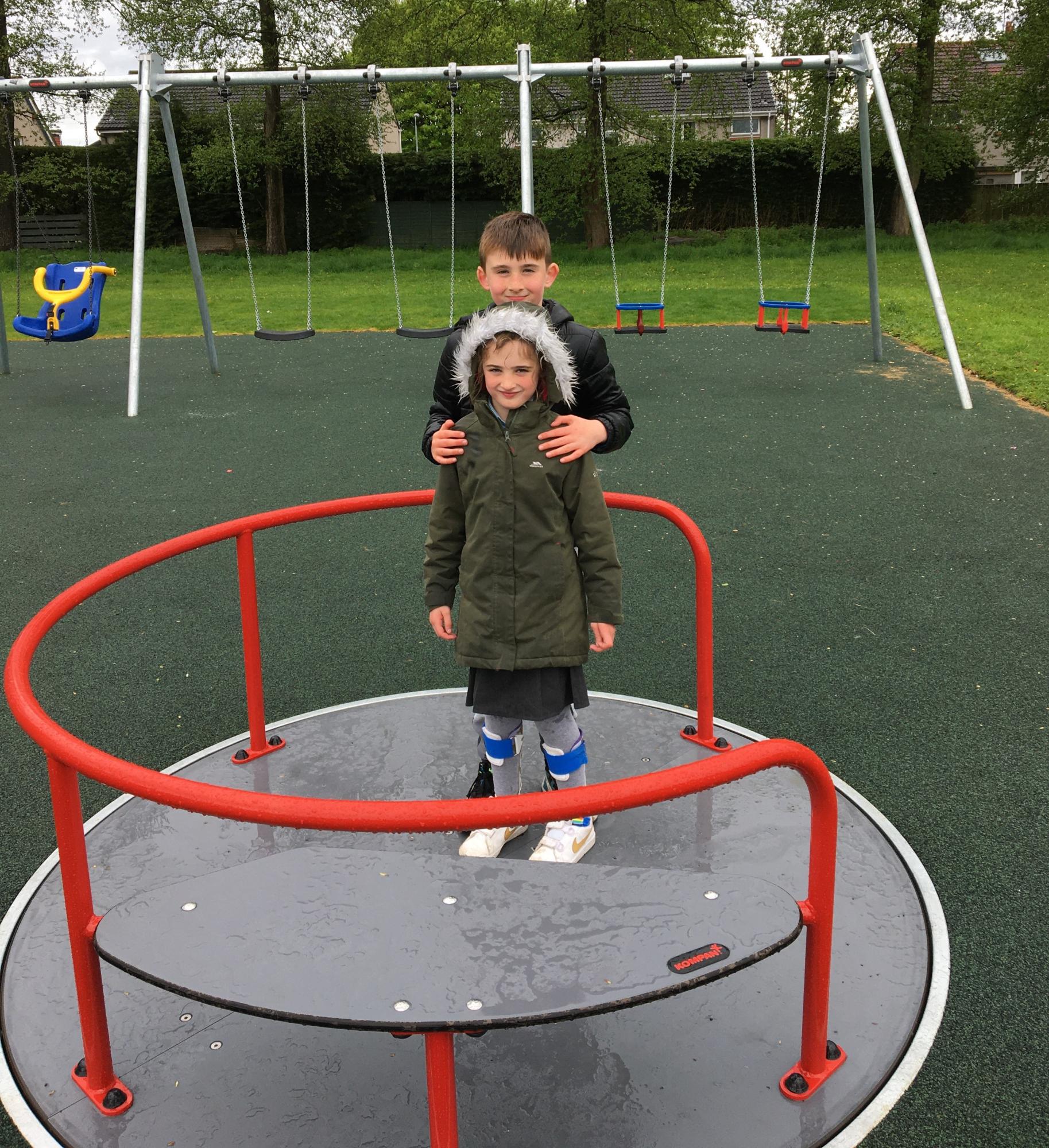 Further to the above, the Bishopbriggs area shall shortly be in receipt of yet another fully upgraded facility with work to modernise the Doune Crescent play facility beginning this week. A consultation was also carried out in 2021 to gather residents' views on Bishopbriggs Park with a view to upgrading it in the near future.