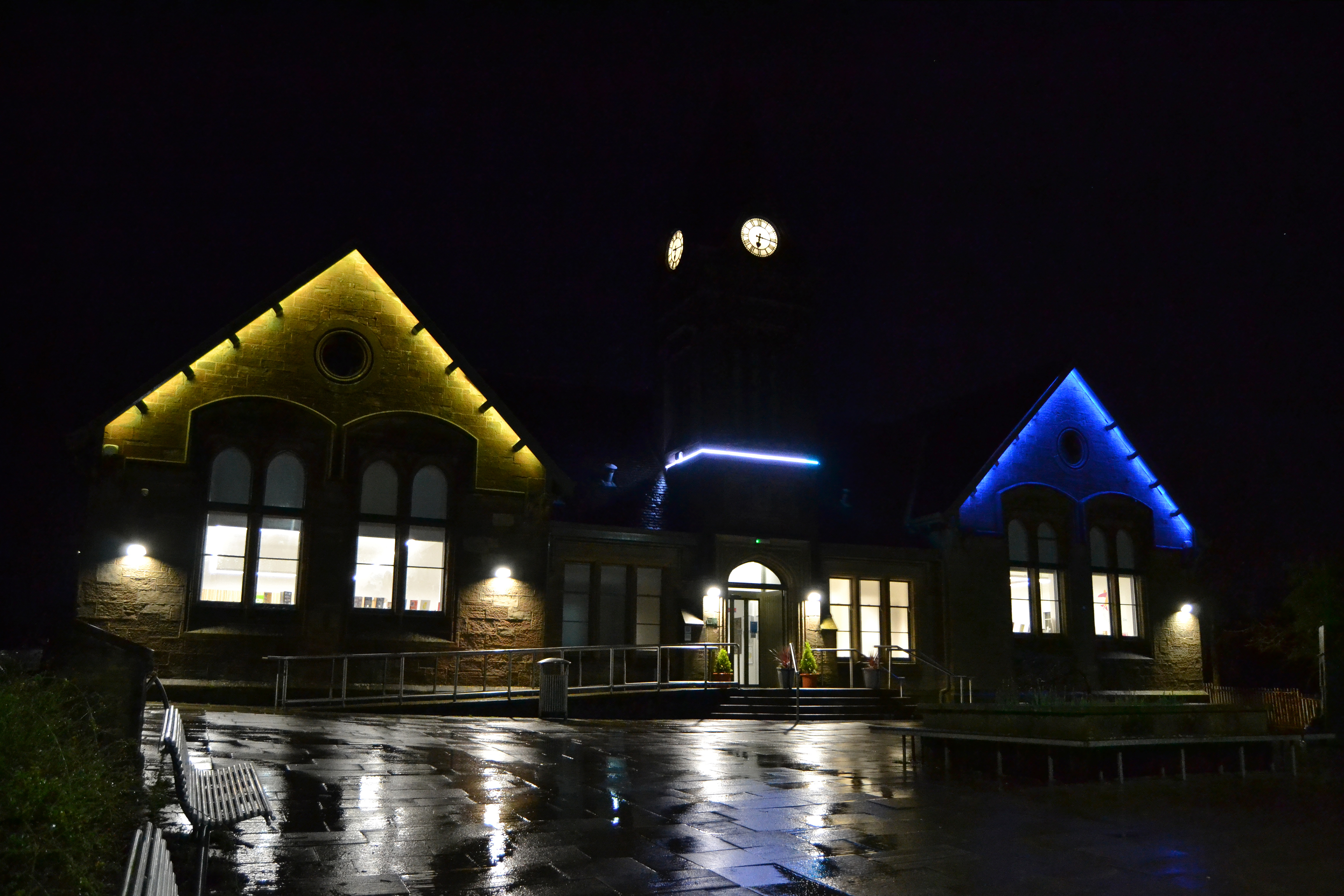 East Dunbartonshire Council is showing its support for Ukraine and its people by illuminating buildings in yellow and blue, and flying the Ukrainian flag at its HQ.

Some of the area’s best known buildings will be lit up in the Ukrainian flag’s colours from Tuesday 1 March as a sign of solidarity with the country at this terrifying and horrifying time.

The Community Hub in Bishopbriggs and the Lillie Art Gallery will both be lit yellow and blue, whilst the Community Hubs in Bearsden and Kirkintilloch alongside Milngavie Town Hall will be lit blue. All five buildings will be illuminated for one week from Tuesday 1 March.

Meanwhile, the Ukrainian flag will be flown at the Council’s headquarters at Southbank Marina and Provost Pews has written to the UK Russian Ambassador calling on Russia to cease its attack and recognise international law. The letter also reinforces East Dunbartonshire’s commitment to helping Ukrainians in any way it can, if called upon. 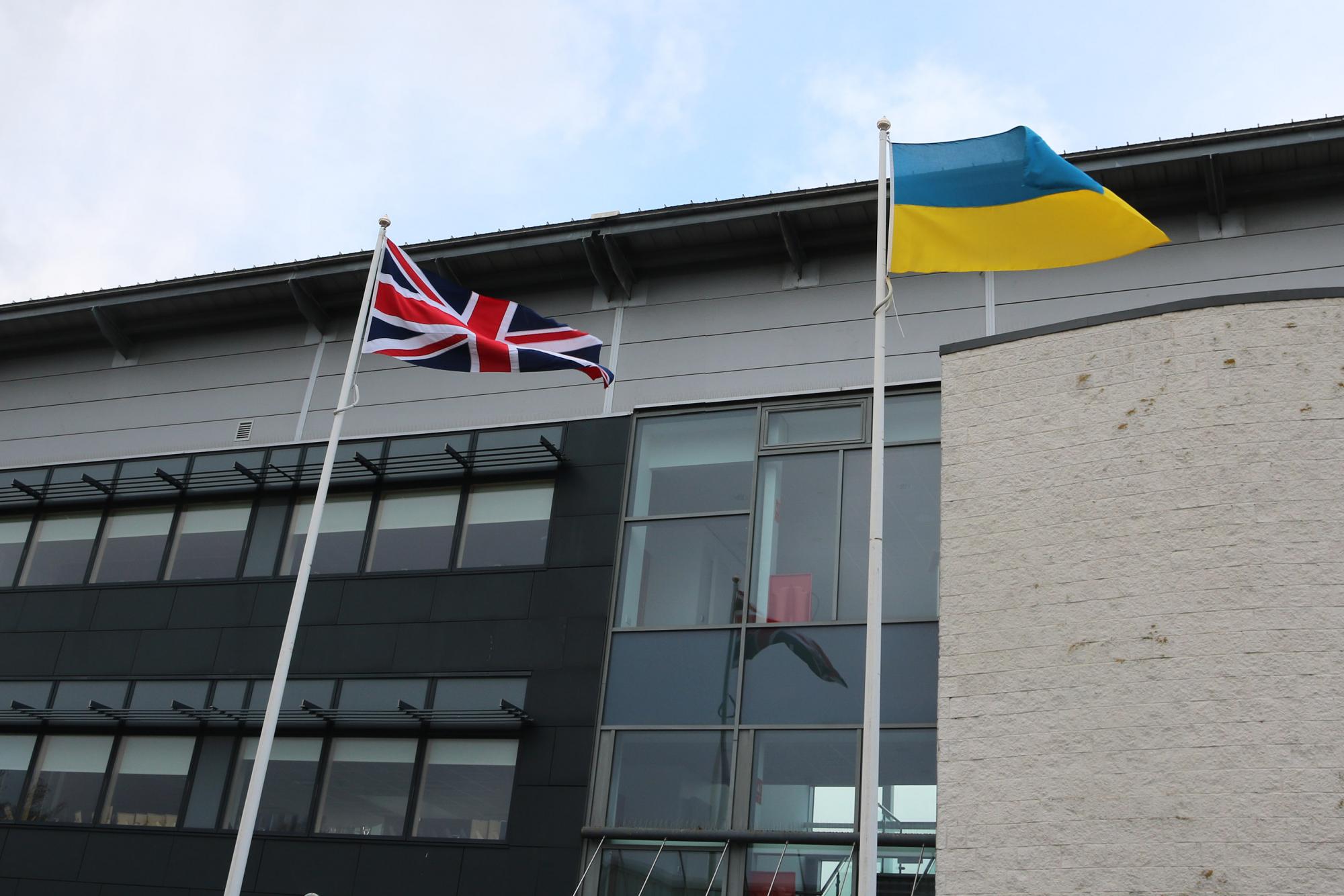 Joint Council Leader Cllr Andrew Polson said. “I am appalled by the actions of Russian’s illegal invasion and have been watching in horror at the devastation the attack is causing throughout Ukraine. In East Dunbartonshire we want to show our support to the Ukrainian people - their spirit and the bravery they are showing - amidst this cowardly and horrifying attack.

“By lighting our buildings and flying the Ukrainian flag, we are standing against the brutal invasion and demonstrating our commitment to peace. We are saying to the Ukrainian people that they are in our thoughts and we stand firmly with them.”

Joint Leader Cllr Vaughan Moody added, “Like the majority of the world I’ve been shocked by the despicable assault on Ukraine by Russia and have been watching in horror at the attacks which have caused civilian deaths including children.

“When watching the scenes unfold it’s easy to feel helpless and we hope that by making these gestures we are showing the world, and most importantly, the people of Ukraine, that we not only support them at this time, but we are ready to help them in any way we can.”

The Council will seek to help the people of Ukraine should a new refugee scheme be established. For those in our communities who also wish to provide support, donating to one of charities and aid agencies providing emergency response is the best way. the Disaster Emergencies Committee in the UK is a partnership of 15 established charities delivering humanitarian support on the ground. Donations can be made to their Ukraine humanitarian appeal at dec.org.uk.