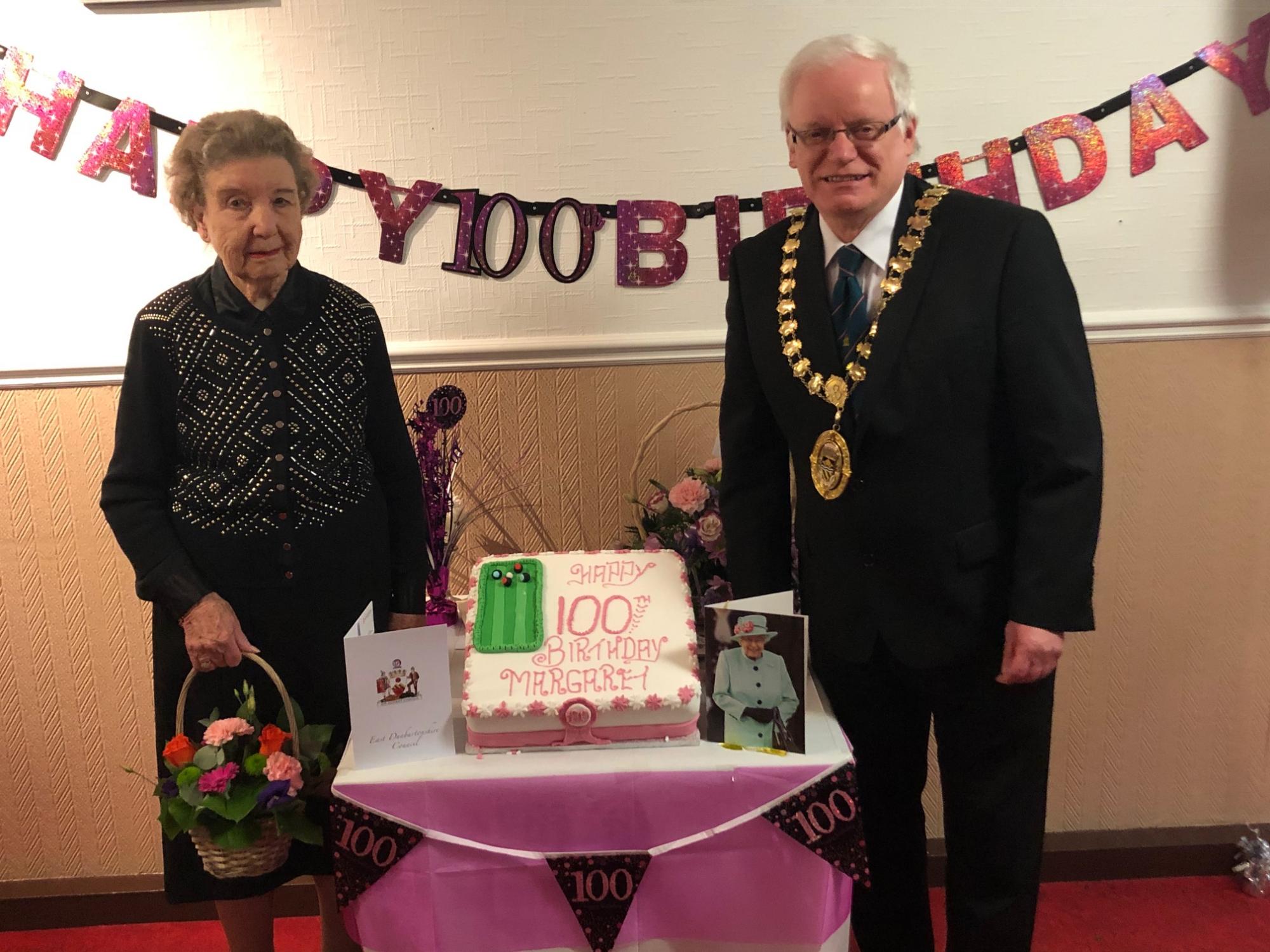 At 100 years of age, Margaret Young from East Dunbartonshire had much to celebrate as she gathered with friends and family at a party in her honour, earlier this month.

Pride of place - next to her birthday cake - was given to the very special birthday card she received from HM The Queen.

Depute Provost Gary Pews, who has known Margaret for a number of years, had the honour of attending her celebration and presenting her with flowers and a card on behalf of the Council and the people of East Dunbartonshire.

A Valentine's Day baby in 1920, Margaret was born in Rothesay but her family soon moved to Bishopbriggs were she still lives. She went to school in what is now the library, setting her on course for a secretarial job.

The war interrupted her career and from 1942 - 1946 she was part of the Auxiliary Territorial Service in The Royal Corps of Signals. She trained in Newcastle before being despatched to the south coast, where she worked in a gun operations room. Only very recently she applied for and received a long overdue war medal which she now wears with pride.

Faith has always played a large part in Margaret's life and she regularly walked along the canal to Cadder Church. She became an Elder in 1990 and still carries out her duties there. She is also an active member of Cadder Guild.

Tennis, badminton and golf were Margaret's sports of choice and she was Lady Captain of Cawder Golf Club in 1974. At the spritely age of 75 she took up bowling at Kirkintilloch Bowling Club where her circle of friends widened and she remains happy and active there to this day.

Margaret said, “I’d like to thank all my wonderful friends for all the cards and gifts, I’ve thoroughly enjoyed my birthday celebrations.”

Depute Provost Pews said, "It is always a pleasure to mark our residents reaching their centenaries but this one was extra special as I know Margaret well from her involvement at Cadder Church.

‘’She is still actively involved and contributing to her local community and is the most remarkable 100-year-old I have ever met. Young in name and young in spirit, Margaret is a shining example of a life still being lived to the full."