Silver medalist Jack cooks up a storm at national competition 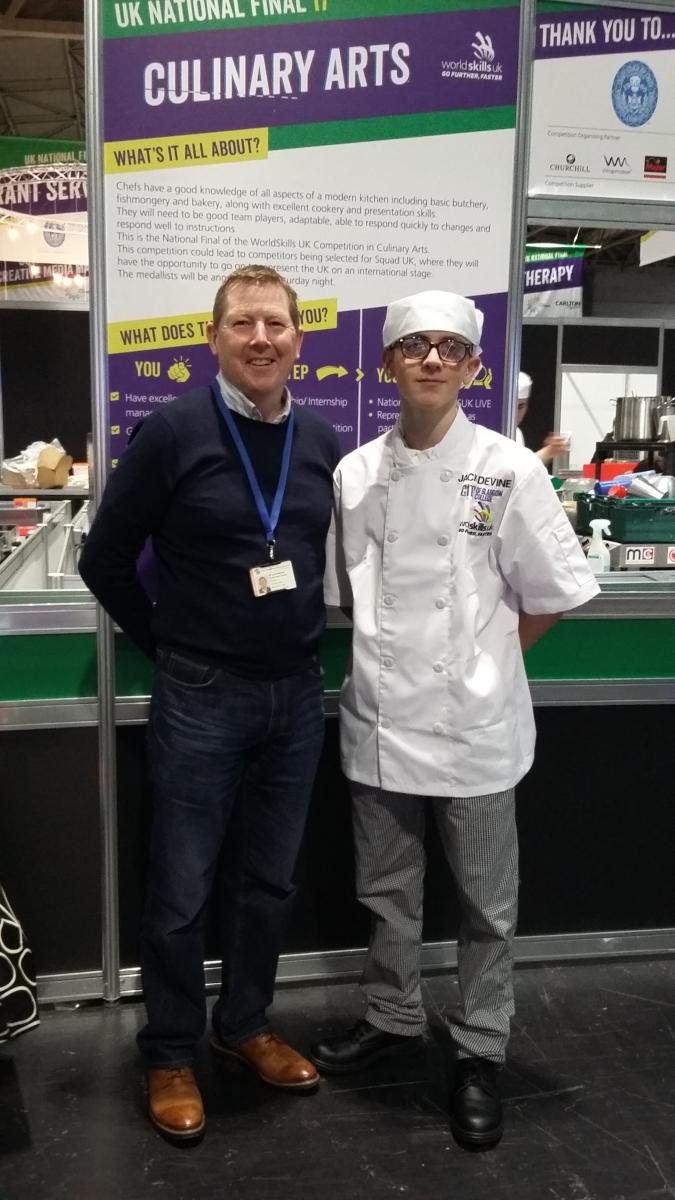 Against UK-wide competition, having triumphed at the regional qualifiers, Jack won silver at the WorldSkills UK Live: Inclusive Skills competition, in the Culinary Arts category.

These UK finals brought the country's most talented apprentices and students together to compete in their chosen field. The Inclusive Skills competition enables young people with learning difficulties and disabilities to showcase their work skills and growing independence.

Jack was thrilled to pick up silver and is determined to keep improving his art and hopefully go one better next year and achieve gold.

This is not the first taste of success for the talented young chef. While still at Merkland, Jack was studying at City of Glasgow College as part of a school link programme and was named 'Student of the Year'.

Councillor Jim Goodall, Convener of East Dunbartonshire's Education Committee, congratulated Jack on his medal. He said, "To make it through to a short leet of just six from around the UK was a huge success in itself but to take silver is a great achievement.

"Jack is clearly a very talented young man with a passion for cooking and a determination to excel in doing what he loves. He is on a positive path and I wish him the best of luck with his Professional Cookery course and future career." 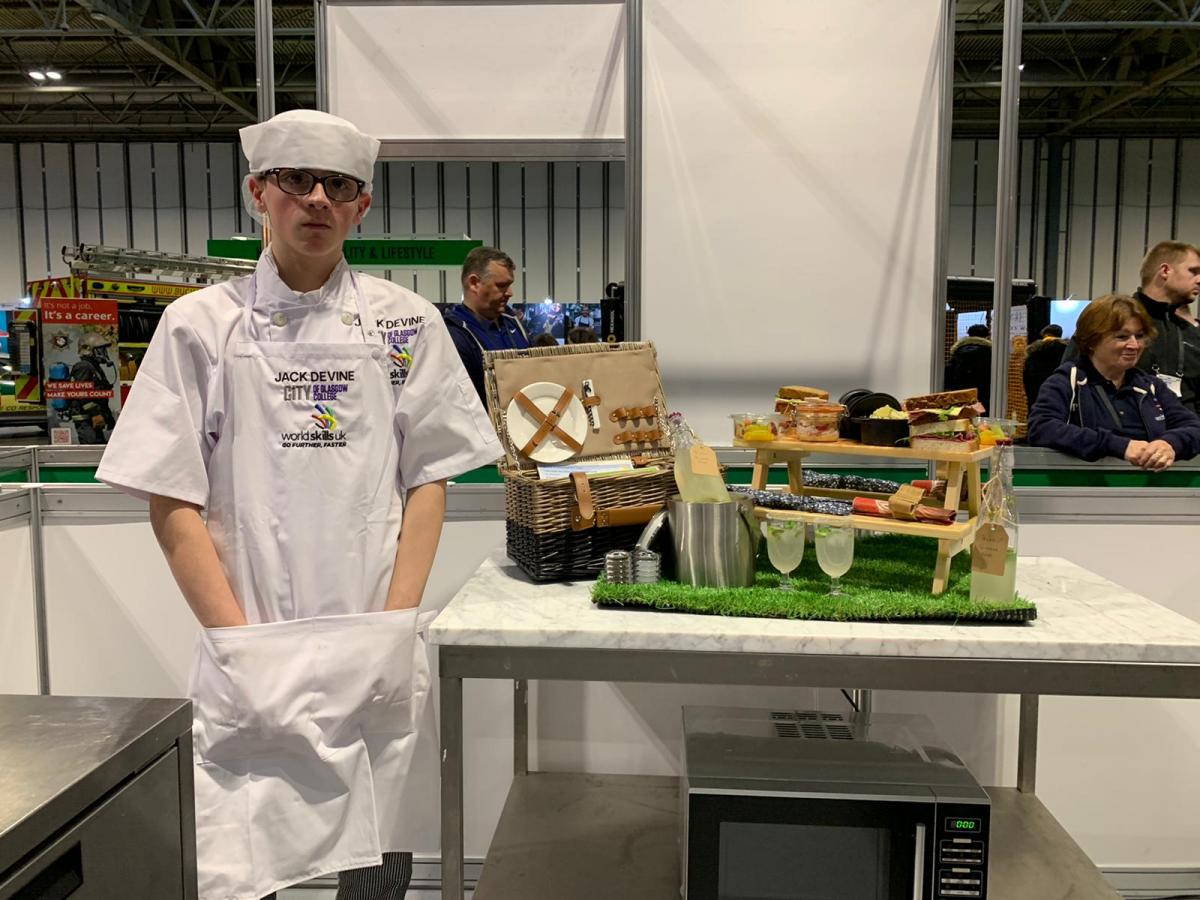 Depute Head Teacher of Merkland School, Jim Paterson added, "Jack is a credit to himself and his family as well as being a great ambassador for Merkland School and City of Glasgow College. He has shown to all of us that with hard work, dedication and a passion for following your dreams and interests that you can achieve anything.

"We are very proud of his latest success which is such an unbelievable achievement.

Jack is a star with a very bright future ahead of him and who knows one day....Masterchef!"