Signing up to promote a clean air society 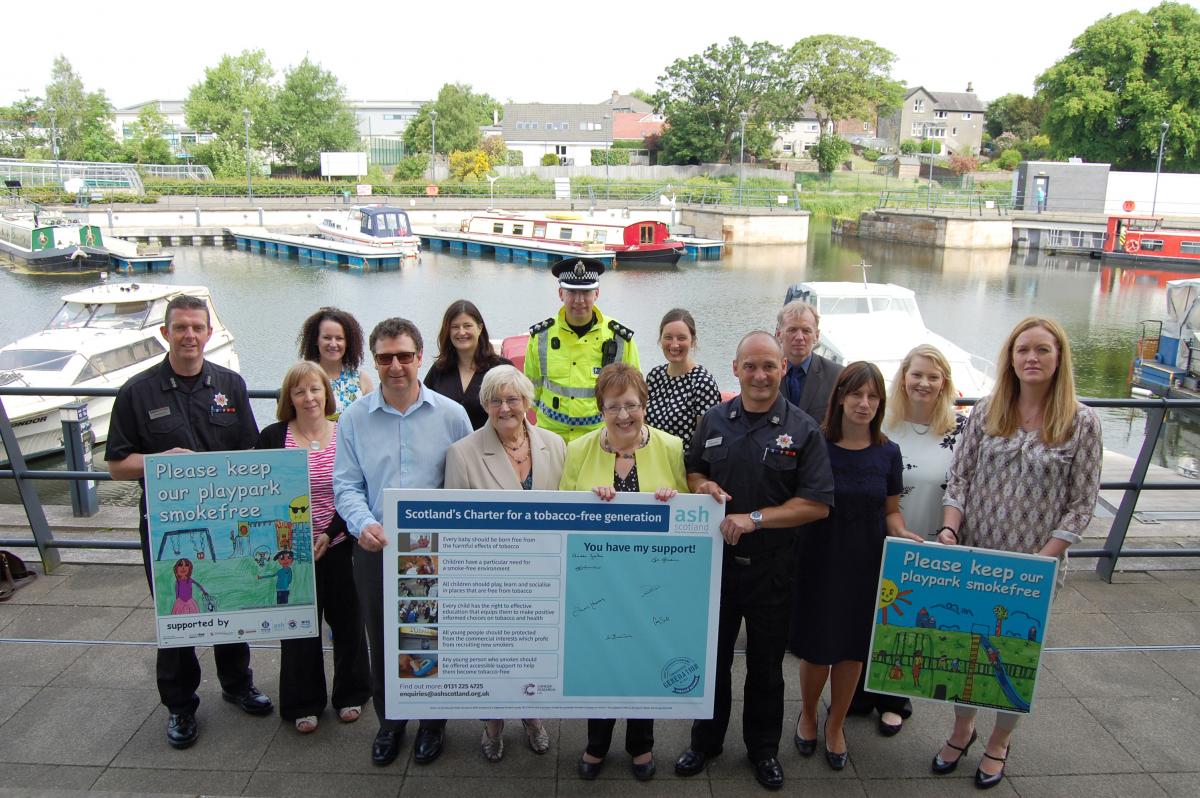 The East Dunbartonshire Tobacco Alliance (the Alliance) has signed up to support a national bid to make Scotland “tobacco free”.
The Alliance’s members gathered at Southbank Marina to officially put their names to ASH Scotland’s Charter for a Tobacco-Free Generation, which aims for fewer than 5% of Scots to be lighting up by 2034.
And organisers of the Kirkintilloch Canal Festival have also pledged to support the charter by setting up “clean air” sections at this year’s event.
Half of smokers in East Dunbartonshire want to quit for good, while a third of deaths amongst those aged 35 to 69 in Greater Glasgow and Clyde are said to be caused by smoking.
The Alliance’s Tobacco Control Strategy, which sets out local targets and priorities, was also launched at the charter signing.
Other initiatives launched by the Alliance include the creation of two smoke-free play parks in Bearsden and Kirkintilloch, in which parents and visitors are asked not to smoke.
Karen Murray, Chief Officer of the East Dunbartonshire Health and Social Care Partnership (HSCP), said, “Awareness that smoking is responsible for a vast range of health problems has increased in the decade since the smoking ban came into effect, but too many people are still lighting up. The aim of the Alliance is to create a climate where less people are smoking, and this initiative will certainly help us to achieve this.”
Councillor Rhondda Geekie, Leader of East Dunbartonshire Council, said, “Signing this charter commits all seven partners to take practical steps to reduce tobacco-related harm by either encouraging people not to start, or by supporting them to stop.”
Sheila Duffy, Chief Executive of ASH Scotland, added: "Scotland has a vision of making smoking unfashionable, with fewer than 5% of the population still smoking by 2034. The Charter is proving an effective way to align organisations in the fight against tobacco and the harmful effects it has on children and young people.
“We're encouraging organisations from across sectors to get behind this important initiative and we welcome East Dunbartonshire Tobacco Alliance in joining us in our work towards a generation free from tobacco."
Follow us on Twitter @EDCouncil or like us on Facebook