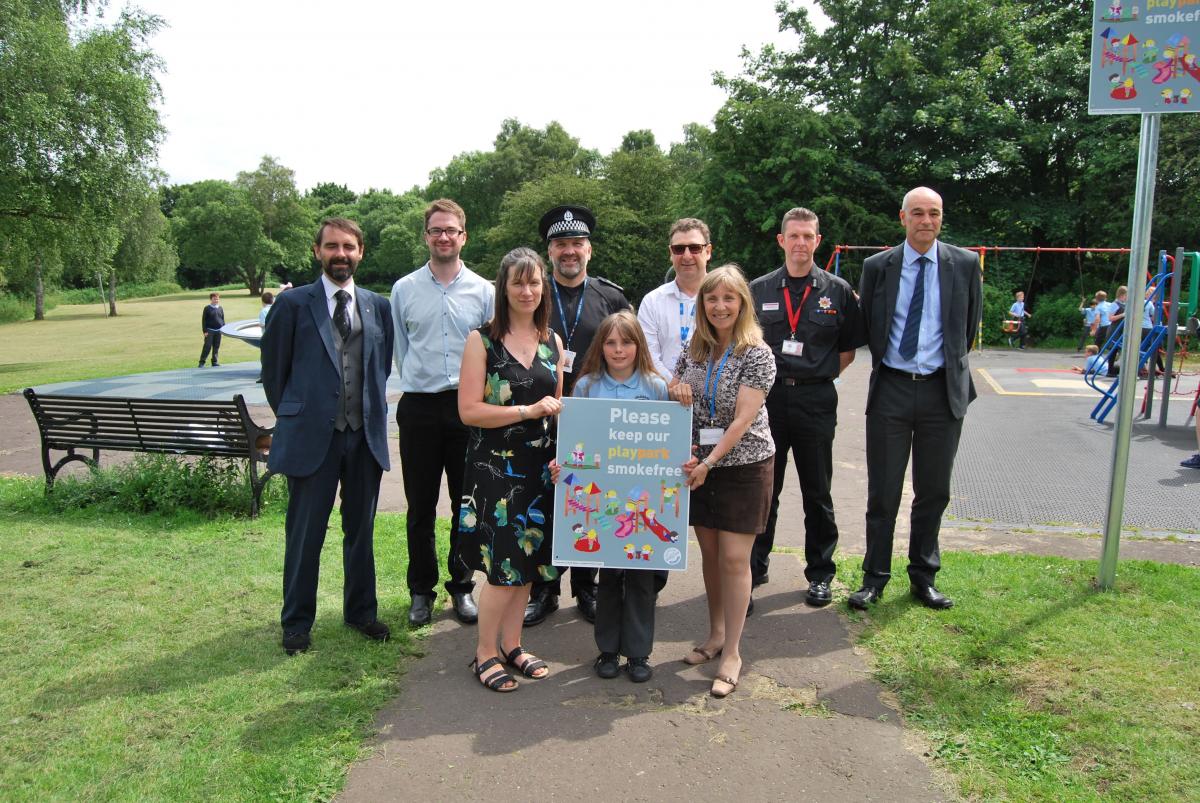 Children in East Dunbartonshire have created artwork in a bid to ask adults to keep smoking well away from where they play.

Every play park in Milton of Campsie, Lennoxtown and Torrance has been designated as “smoke free” in the latest drive by the East Dunbartonshire Tobacco Alliance to stamp out the habit.

Boards featuring a colourful poster designed by Craighead Primary pupil Eilidh McIvor have been given pride of place in play parks across the local area in a bid to remind adults that if they choose to smoke, it should not be in front of children playing.

Local primary schools took part in tobacco workshops led by the Alliance before the pupils participated in a competition to design the poster which would be displayed in parks to remind people.

East Dunbartonshire Council Leader Councillor Gordan Low presented Eilidh and several runners-up with certificates at a ceremony in Kincaid Park in Milton of Campsie before officially unveiling the winning sign.

“We all know how harmful smoking is and adults should be leading by example. Pupils across the region are really clued up about how dangerous it is for their health, and they are asking grown-ups to respect their wishes and not make them breathe in second hand smoke while they are playing.”

Sandra Cairney, Head of Strategy, Planning and Health Improvement at the East Dunbartonshire Health and Social Care Partnership, added, “the smoke free play park initiative is an excellent development towards helping to stop the culture of smoking, along with supporting all children to grow up in a safe and healthy environment. The smoke free play parks have my full support.”

Smoke free play parks were piloted in Bearsden and Kirkintilloch last year and it is hoped that the project will be rolled out to all 67 play areas in East Dunbartonshire, starting with the Milton of Campsie cluster.

The East Dunbartonshire Tobacco Alliance is a coalition of statutory and third sector partners who plan and undertake projects towards reducing tobacco-related harm.