The newly appointed Chinese Consul General to Edinburgh made a trip to East Dunbartonshire as one of his early duties since taking up office in November 2019. 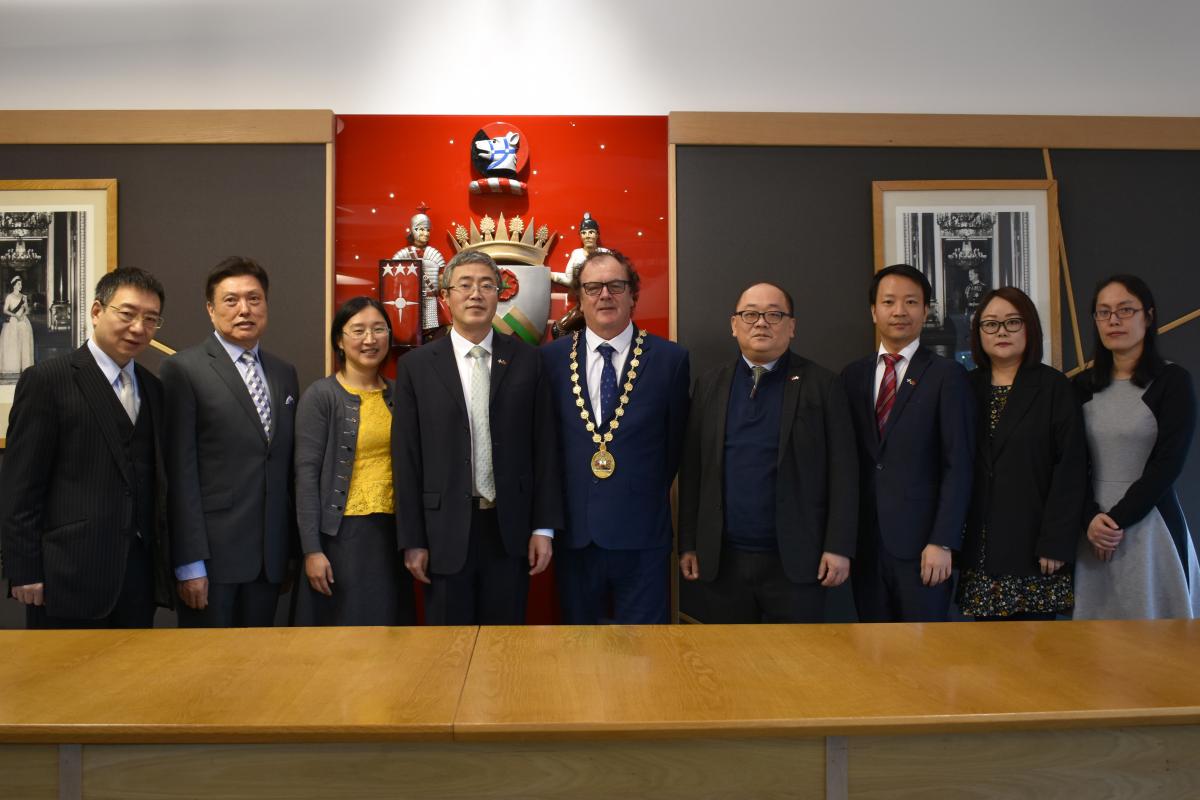 General Ma Qiang* attended a meeting with Provost Alan Brown to build on existing relationships and friendships and to hear about the Council's ongoing engagement with its Chinese community.

The meeting, at the Council's HQ in Kirkintilloch, was also attended by Council Chief Executive Gerry Cornes and representatives of local Chinese associations.

It came ahead of a trip to the Beijing Municipality in China later this month to further establish beneficial links with East Dunbartonshire.

Provost Brown thanked Consul General Ma and said, "With such a busy schedule in his new role, I was delighted to welcome the Consul General to East Dunbartonshire to congratulate him on his appointment and to further enhance the ties between our two countries."

In Kirkintilloch, within St Ninian’s High School, there is a well-established Confucius Classroom Secondary Hub and there is now also a Confucius Classroom in Clober Primary, Milngavie. Pupils are learning Mandarin, exploring Chinese culture and building relationships with their peers in China.

Provost Brown added, "Pupils from St Ninian's High have recently returned from a very successful trip to Beijing and we are looking to build on this relationship. There is a will from the Consulate to deepen understanding and promote collaboration between Scotland and China, broadening their reach out with the major cities and I am keen for East Dunbartonshire to continue to play a role. We had a very positive meeting, discussing how to forge further partnerships."

* General Ma Qiang was appointed in November 2019, taking over from General Pan Xinchun who stepped down in July 2019, after five years in the role.