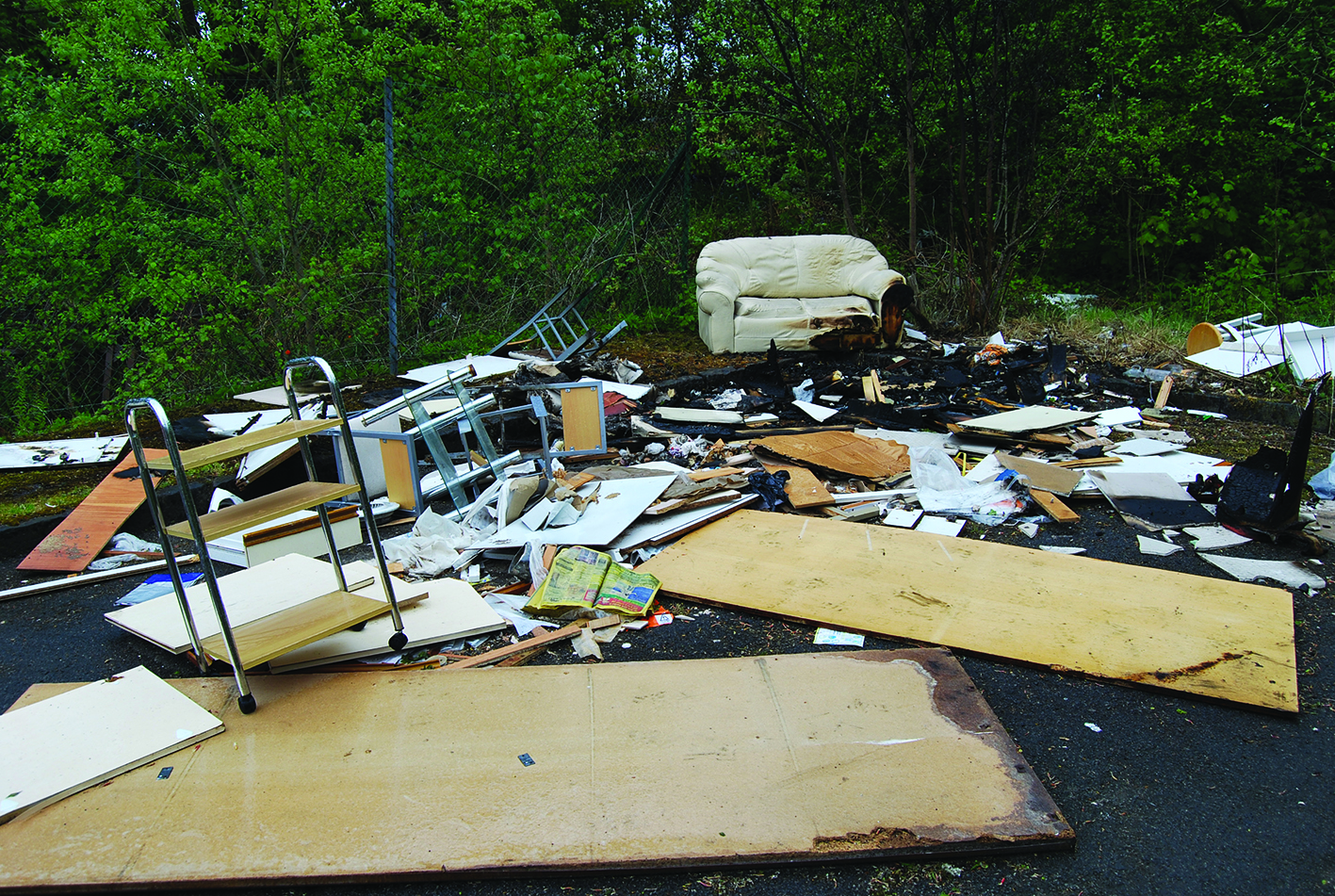 New measures have been introduced by the Council to help tackle the surge in anti-social fly-tipping in recent months.

Fly-tipping, as well as being unsightly, can be dangerous to wildlife and children. Unfortunately, during lockdown, reports of fly-tipping across East Dunbartonshire increased.

This surge in littering created the need for addition clean-ups of affected areas at a time when Council resources were under pressure due to the ongoing Covid-19 pandemic.

In response to the increase in dumping, and in addition to the existing measures, Council officers are now working alongside colleagues in Police Scotland to tackle fly-tipping. This joint working has resulted in individuals being charged.

These new measures are being deployed alongside established actions such as issuing warning letters and Fixed Penalty Notices (FPNs) in cases where there is sufficient evidence.

Joint Council Leader Vaughan Moody, said, “Our teams have been working hard to combat this anti-social behaviour, despite the restrictions of lockdown. Many of the worst affected areas have been where there is already a recycling facility. Spot checks have revealed that these are nowhere near capacity and yet a persistent minority has been using these facilities as a dumping ground instead of travelling to Mavis Valley. These new measures will help us tackle this anti-social behaviour more effectively.”

Joint Council Leader Andrew Polson, said, “Mobile CCTV cameras have helped with a number of anti-social problems in the past and we hope they can help us address the ongoing issue of fly-tipping. The better quality of cameras now being deployed means that we have a higher chance of tracking down those responsible and ensuring that our communities remain attractive places to live and work. We would encourage the public to help us tackle the scourge of fly-tipping by reporting any incidents and include as much detail as they can - including time, location and car registration number.”

Chief Inspector Lorna Gibson, Area Commander East Dunbartonshire, said, “Not only is fly-tipping unsightly, dangerous and expensive to clean up, it is also a criminal offence.  Fly-tipping involves the illegal dumping of waste onto land which has no licence to accept it and can range from a bin bag of household rubbish to large quantities of tyres and construction waste.  Police Scotland are committed to working in partnership with East Dunbartonshire Council to tackle this problem and anyone involved in fly-tipping should expect to be dealt with robustly."

Residents can report fly-tipping in confidence by calling Customer Services on 0300 123 4510 or by logging on to www.eastdunbarton.gov.uk and searching for “fly-tipping”. Alternatively, the Community Safety team can be contacted directly via email at antisocialbehaviour@eastdunbarton.gov.uk