A new exhibition blending whisky, wonder and globe-trotting romance opens soon in the town where the legendary tale began. 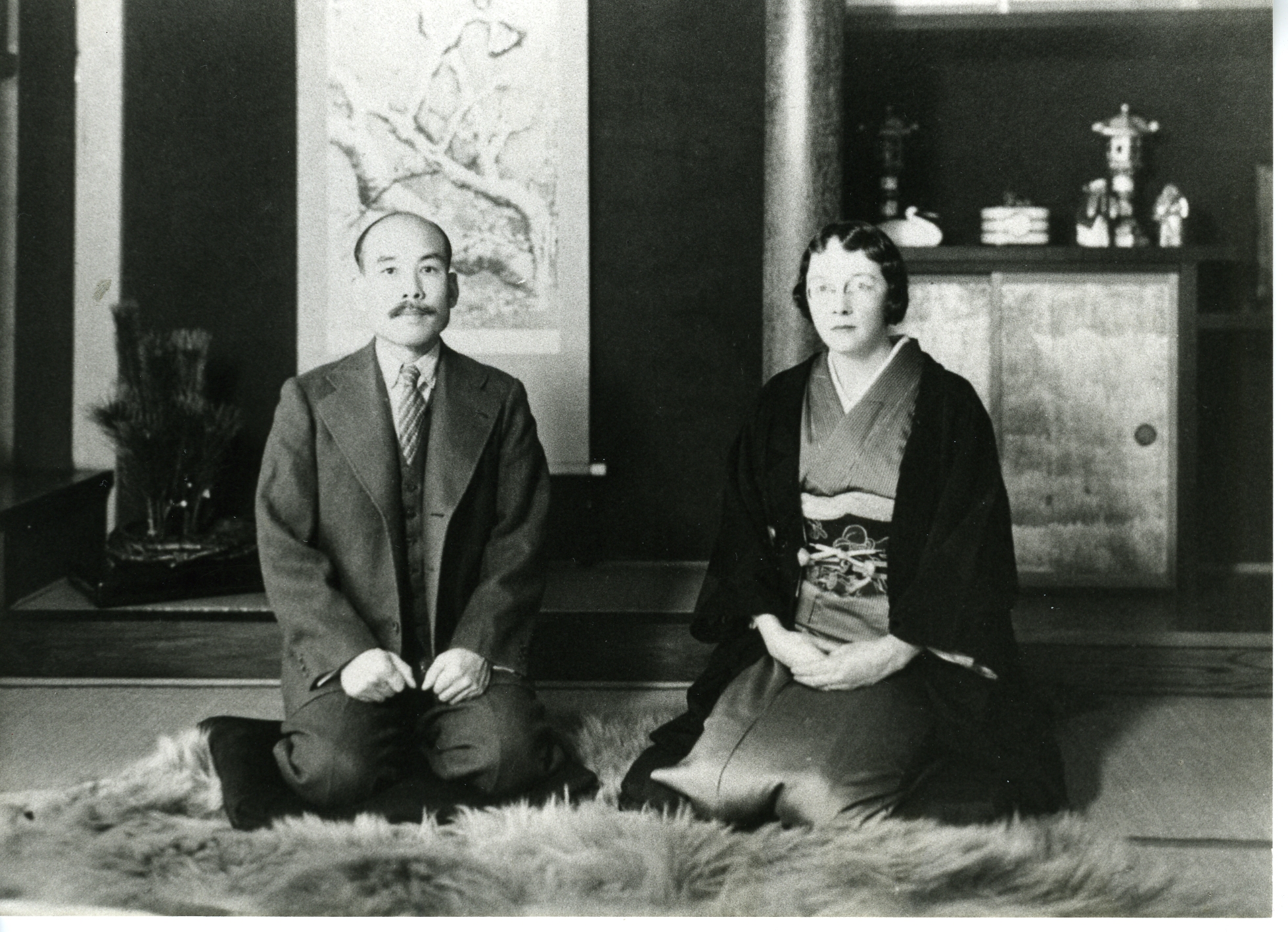 Love & Whisky - The Story of Rita Cowan and Masataka Taketsuru - is being hosted by the Auld Kirk Museum in Kirkintilloch from 22 February to 14 March 2020.

The exhibition focuses on an intoxicating love story linking Scotland and Japan.

Rita Cowan met Japanese student Masataka Taketsuru at her Kirkintilloch home in 1919. They married almost exactly a century ago - in January 1920 - and then crossed the globe to forge Nikka Whisky, one of Japan's most successful and best-known whisky companies.

Rita - a former Lenzie Academy pupil, who became known as the 'Mother of Japanese Whisky' - remains a legend in her adopted homeland.

The exhibition opens on Saturday 22 February, with guests to include Nozomu Takaoka, the Consul General of Japan in Edinburgh, and Provost Alan Brown.

The event begins at 2.30pm and will feature Japanese cultural demonstrations, sushi and Nikka Whisky tasting, along with refreshments. All welcome.

Love & Whisky has been organised by acclaimed artist Mari Ito, with support from the Auld Kirk Museum and East Dunbartonshire Leisure and Culture (EDLC) Trust. 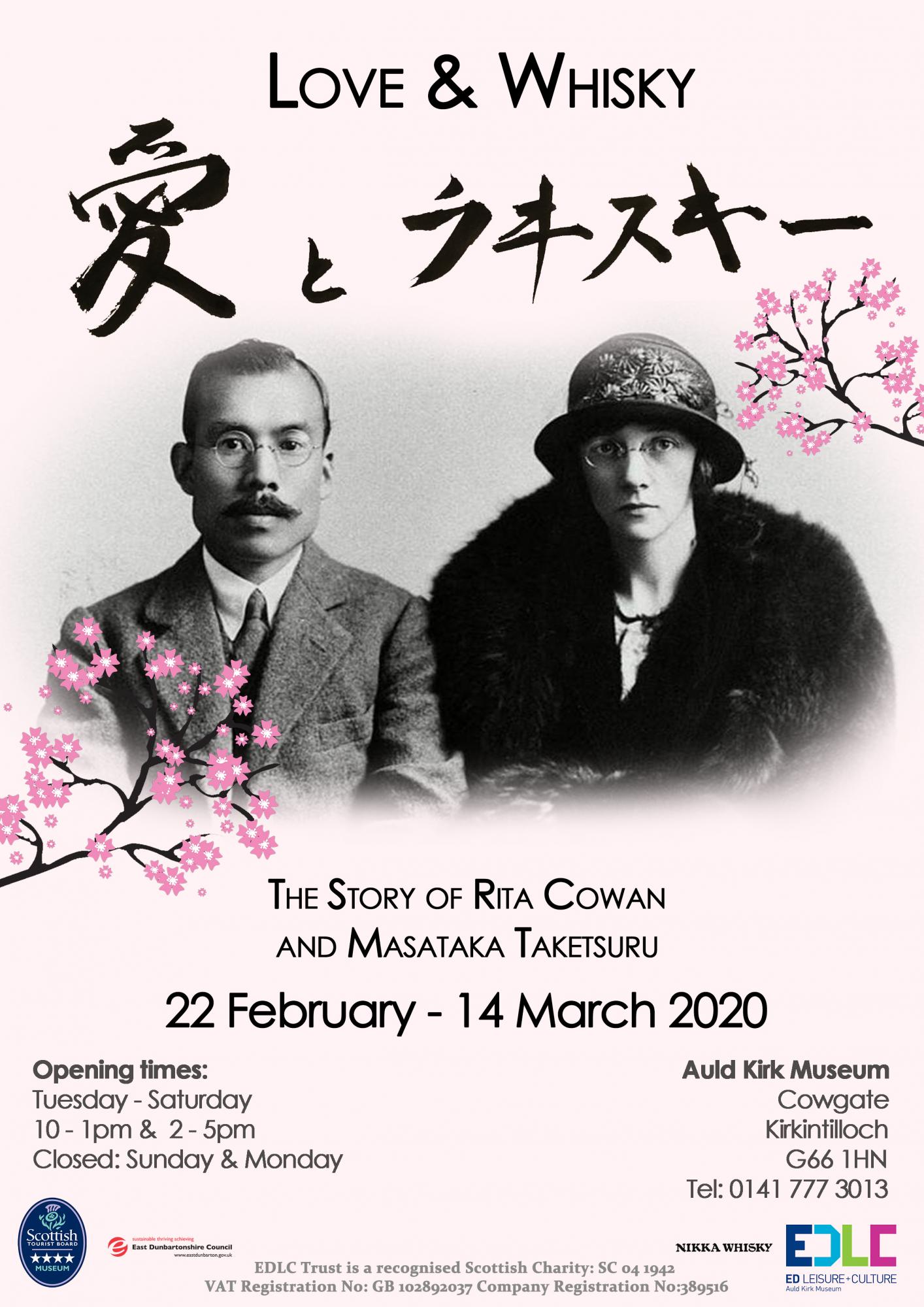 Mari said, "I was keen to organise an exhibition to celebrate this fantastic love story, which unites two areas many thousands of miles apart.

"January marked the 100th anniversary of Rita and Masataka's marriage - and a key step on their journey to becoming the 'Mother and Father of Japanese Whisky'.

"I am delighted to be working with the Auld Kirk to highlight their story - bringing their amazing achievements back to the attention of local residents and visitors."

Mari produces arts and jewellery using kimono fabric and tartan, as well as origami and other traditional Japanese methods.

The exhibition will feature a number of items and artworks relating to Rita and Masataka's magical relationship - and their spirited adventures together.

It follows a variety of events which took place locally as part of the 2019 Kirkintilloch Canal Festival - marking 100 years since the pair first met - including a Centenary Dinner organised by Spirit of Alba, with support from the Council.

Councillor Vaughan Moody, Chair of EDLC Trust, said, "It is amazing to think it is almost exactly 100 years since Rita and Masataka wed - their love and shared dream would go on to defy tradition and change the world.

"This fascinating exhibition is a great way to explore their story and the cultural links between Scotland and Japan."

Provost Alan Brown added, "I am honoured to be helping to open the new exhibition Love & Whisky and would encourage as many people as possible to visit the Auld Kirk between 22 February and 14 March.

"The couple's legacy, influence and inspiration live on today - not just in the form of the mighty Nikka Whisky, but in East Dunbartonshire, where their story is rightly celebrated."

* Love & Whisky is being hosted at the Auld Kirk Museum in Cowgate, Kirkintilloch from 22 February to 14 March 2020. Museum opening times - Tuesday to Saturday, 10am-1pm and 2-5pm.

* There is a museum which honours Rita and Masataka's memory in Yoichi, Hokkaido - including a recreation of their living room - while their story was featured in a popular Japanese TV drama - entitled 'Massan' (Rita's nickname for Masataka). There are even reports of a Rita Taketsuru Fan Club!