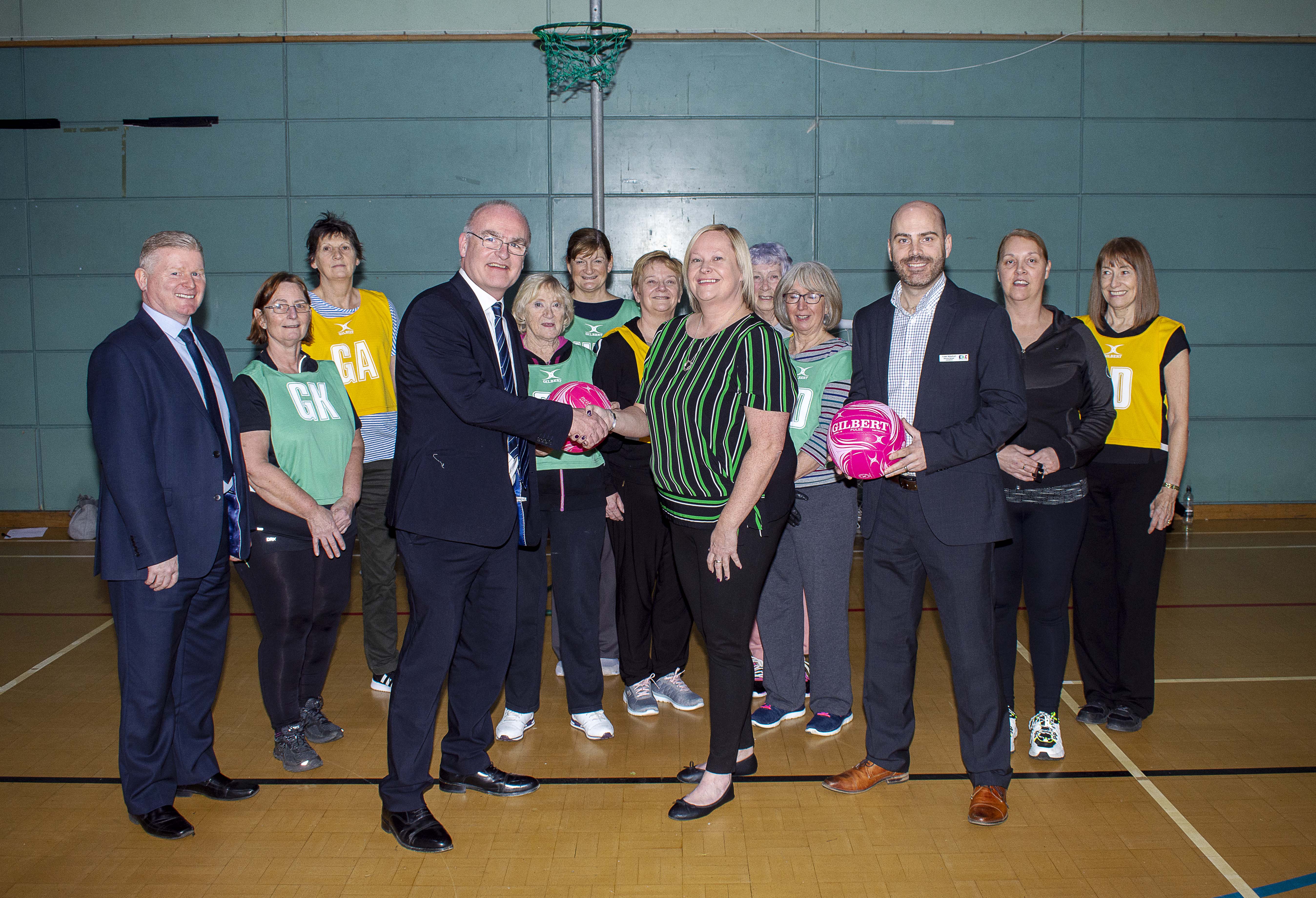 An EDLC employee has been named team manager of the Republic of Ireland’s Women’s Netball team.

Leigh-Anne Carracher, 41, whose day job is as a Health and Fitness team leader at the Leisuredrome in Bishopbriggs, has been appointed to the prestigious position with Netball Ireland.

Leigh-Anne has worked for EDLC for 25 years, initially as a supply fitness assistant and as a team leader for the last 17 years. A former pupil of Turnbull High School, Leigh-Anne began her netball career whilst at school and represented Glasgow district at all ages which led to tours of South Africa and Canada. Her highlight as a player was captaining the Scottish Under 21s squad.

Her coaching journey started when she took on a junior club aged 16. She gained her first national coaching role at age 27. For the last 10 years she has been coaching within Scottish University teams including a seven year stint as lead coach to an undefeated Edinburgh University first team.

Leigh-Anne said, "When I found out I had got the coaching position with the Republic of Ireland Women’s team I was delighted. I was always very passionate about coaching and developing youngster to gain the experiences I had as a player. The sport is moving at such a fast pace right now in the UK. It is a great time to be involved again at a national level."

She added that the backing of her employers had allowed her to take advantage of the dream opportunity, "I have had great support from my management team. By taking advantage of the EDC special leave policy I will be able to attend international competitions which has made it possible for me to accept the role and I have had many warm wishes on my success."

Councillor Vaughan Moody, Joint Leader of the Council and Chair of the East Dunbartonshire Leisure & Culture Trust, said, "Many congratulations to Leigh-Anne on this wonderful achievement. It shows the high calibre of teaching expertise amongst our employees and we are delighted to support Leigh-Anne in this exciting role. We will be following her new team with interest."

Leigh-Anne’s first big challenge will be travelling to Gilbraltar in May when The Emeralds, as the team is known, will compete in Netball Europe.