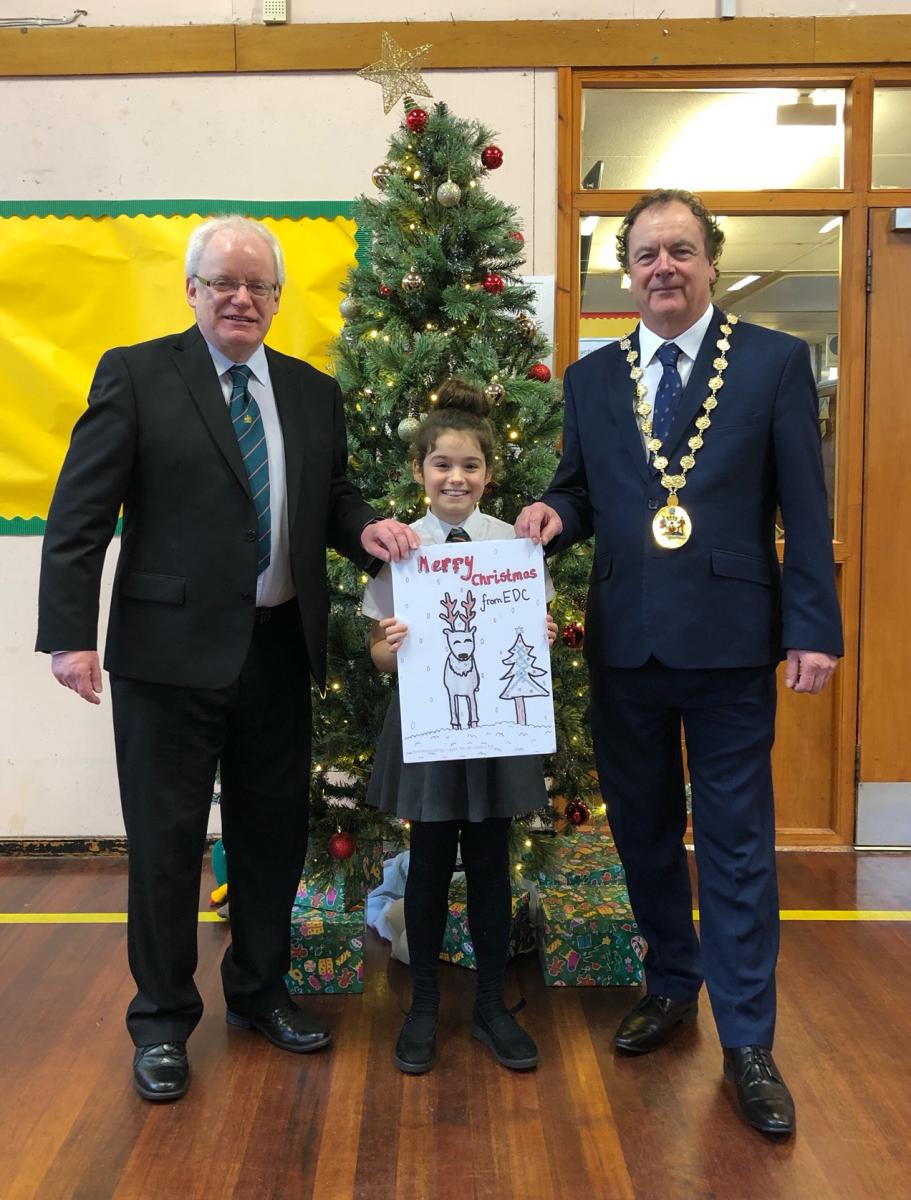 A snowy scene featuring one of Santa's reindeer, created by 8 year old Layla from St. Helen's Primary in Bishopbriggs, will adorn the East Dunbartonshire Council Christmas card and e-card this year.

It was a tough job for Provost Alan Brown and Depute Provost Gary Pews to pick a winner from the wide range of entries received from local schools.

Provost Brown said, “Thanks to all the pupils who sent in their wonderful artwork and thanks to the teachers who once again supported the competition. We already knew that the children of East Dunbartonshire were a talented bunch but judging the entries was harder than ever before."

For her efforts, Layla received a pack of Christmas cards for her personal use and a 75 piece wooden artist's set. Second place went to 9 year old Annabel from St. Nicholas' Primary in Bearsden with her jolly snowmen and elves design while 10 year old Aidan from Lenzie Meadow picked up third place with his Rudolph-inspired drawing. They also received art sets.

Layla said, "I love drawing and can't believe my picture was picked as the winner. It was great to have a photographer come to school and to have my photo taken with everyone. It is exciting to see it printed up into a proper card."

Provost Brown added, "Layla's detailed design was of a peaceful and snowy, festive scene which is just right for the card. Well done to her and to everyone who took part."