It's a cracker! Snow wonder that Kirky Picture Palace is proving popular...

Christmas came early for film fans of all ages as the latest instalment of Kirky Picture Palace took a thrilling and festive turn at the weekend. 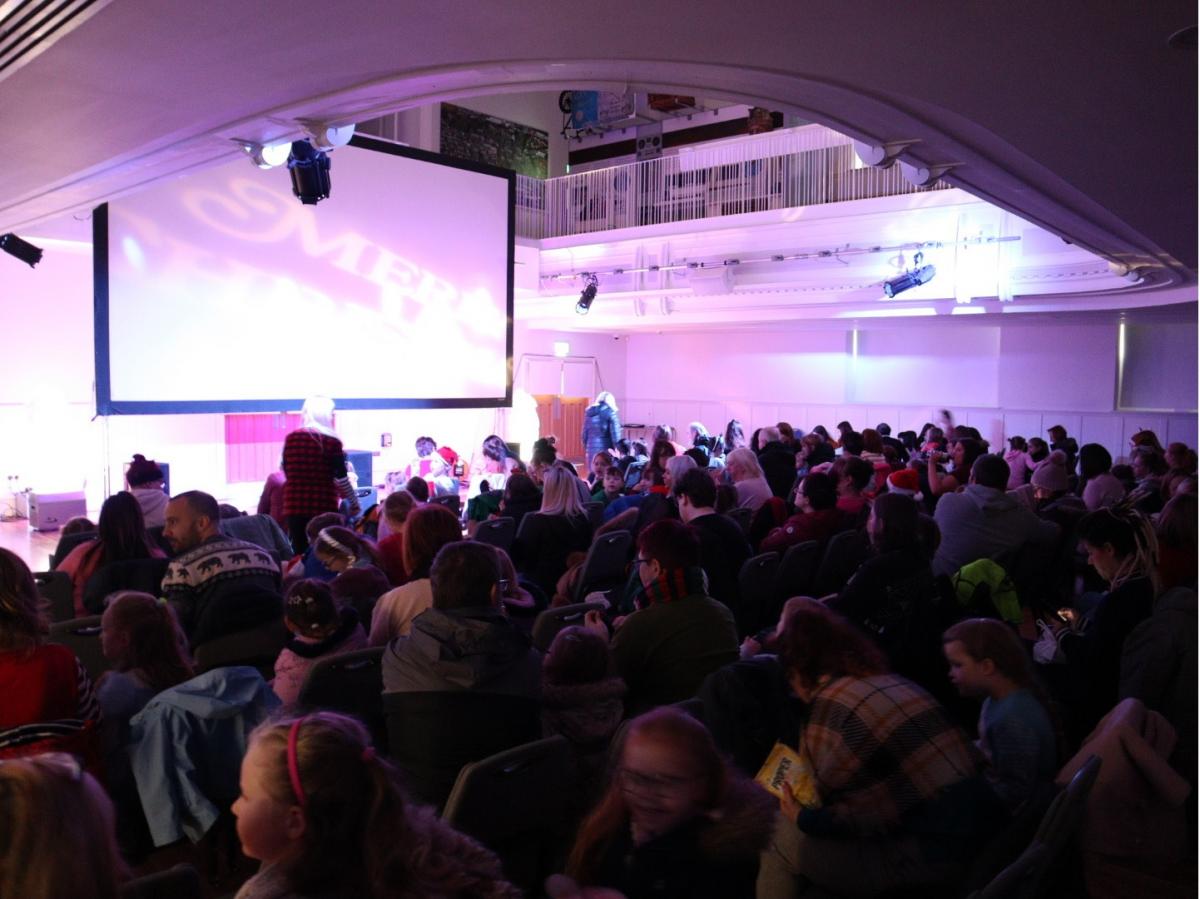 Kirkintilloch Town Hall was transformed into a winter wonderland as part of a 'Kirkymas Special' - with seasonal screenings of Frozen 2, Last Christmas and It's a Wonderful Life.

As well as the magical movies and refreshments, there was a snow machine keeping things ‘Frozen’ indoors and an ensemble of members from Kirkintilloch Youth Band - which recently gained a silver award at the prestigious Scottish Youth Brass Band Championships in Perth - entertained with a range of festive favourites.

The new initiative was launched in October by Your Kirky - aka Kirkintilloch Community Council - following local consultation and there are plans for events throughout 2020.

No spoilers (until the end of this article), but January's films are set to include the latest instalment of a certain space saga and a miaow-usical which aims to inspire 'felines' of joy...

Nigel Rooke, from Your Kirky, said, "What an incredible day (and evening) once again as Kirkintilloch Town Hall was transformed into a winter wonderland for film fans of all ages.

"We sold an amazing 800 tickets for the four screenings - including two outings for Frozen 2 - with tickets going quicker than Santa on a turbo-charged sleigh. The snow machine was particularly good fun, with youngsters having fun dancing and playing in an indoor snowscene.

"I want to say a huge thank-you to everyone who has helped Kirky Picture Palace to be such a blockbuster smash - including those 'behind the camera' helping to organise the events and, of course, the brilliant audiences who have supported us from the very start. We'll see you in January - until then, may the Force be with you!"

Feedback from the public included:

She said, "Kirky Picture Palace is a real homegrown success and I'm delighted we have been able to support the events - helping to attract hundreds of people into the town centre. Initiatives like this are a real boost to the local economy, with many people also shopping, eating out and socialising whilst in the town.

"It's a real tonic at this time of year to see so many happy families enjoying themselves and getting into the Christmas spirit - especially within an iconic venue like Kirkintilloch Town Hall. Well done to everyone involved."

The next instalment of Kirky Picture Palace is on Saturday 25 January 2020 and the line-up is already taking shape - including Star Wars: The Rise of Skywalker and Cats.

* If you have feedback about the event then Your Kirky want to hear from you - visit https://forms.gle/k3fKTvdaCeyEG2u49

* For a snow-tastic video from the Christmas edition of Kirky Picture Palace - held on Saturday 14 December 2019 - visit https://www.youtube.com/watch?v=2MUySmUzPy0&feature=youtu.be&fbclid=IwAR1I0bRjL4qWgaqUsvPTl3AGPDuPmNm1hZbGNOIc-iY4v3v9mnfZHXBkuvM