It’s all ‘snowing’ on in the Provost's Christmas card competition There is ‘snow’ escaping the talent of this year’s winner of the Provost’s Christmas card competition.

Eva, a P4 pupil from Meadowburn Primary in Bishopbriggs, used textures and colour to create a fantastic festive scene.  Her entry depicts two snow people made from bubble wrap in the moonlight and the brush work in her painting really brings the scene to life.

Eva’s design will feature on the official East Dunbartonshire Council Christmas card. Printed copies will be issued from the Civic Office and the e-card will be sent to hundreds of contacts of both Councillors and Council Officers.

Following the recent passing of our Provost, Alan Brown, his wife Catherine assisted Depute Provost Gary Pews in selecting the winner and the runners-up of the competition.  Catherine also joined Depute Provost Pews at Meadowburn Primary School to present Eva with her prize.  Eva received a pack of her cards and art materials that she can enjoy using to develop her artistic skills.

Mrs Brown said, “My husband always enjoyed hosting the annual Provost’s Christmas card competition and I was happy to participate in something so close to his heart ... although I didn’t realise just how difficult it was going to be - there were so many wonderful entries!  However, I particularly liked Eva’s creative design, it makes for a fabulous Christmas card.  Congratulations to Eva and the runners-up, and thank you to everyone who took part.” 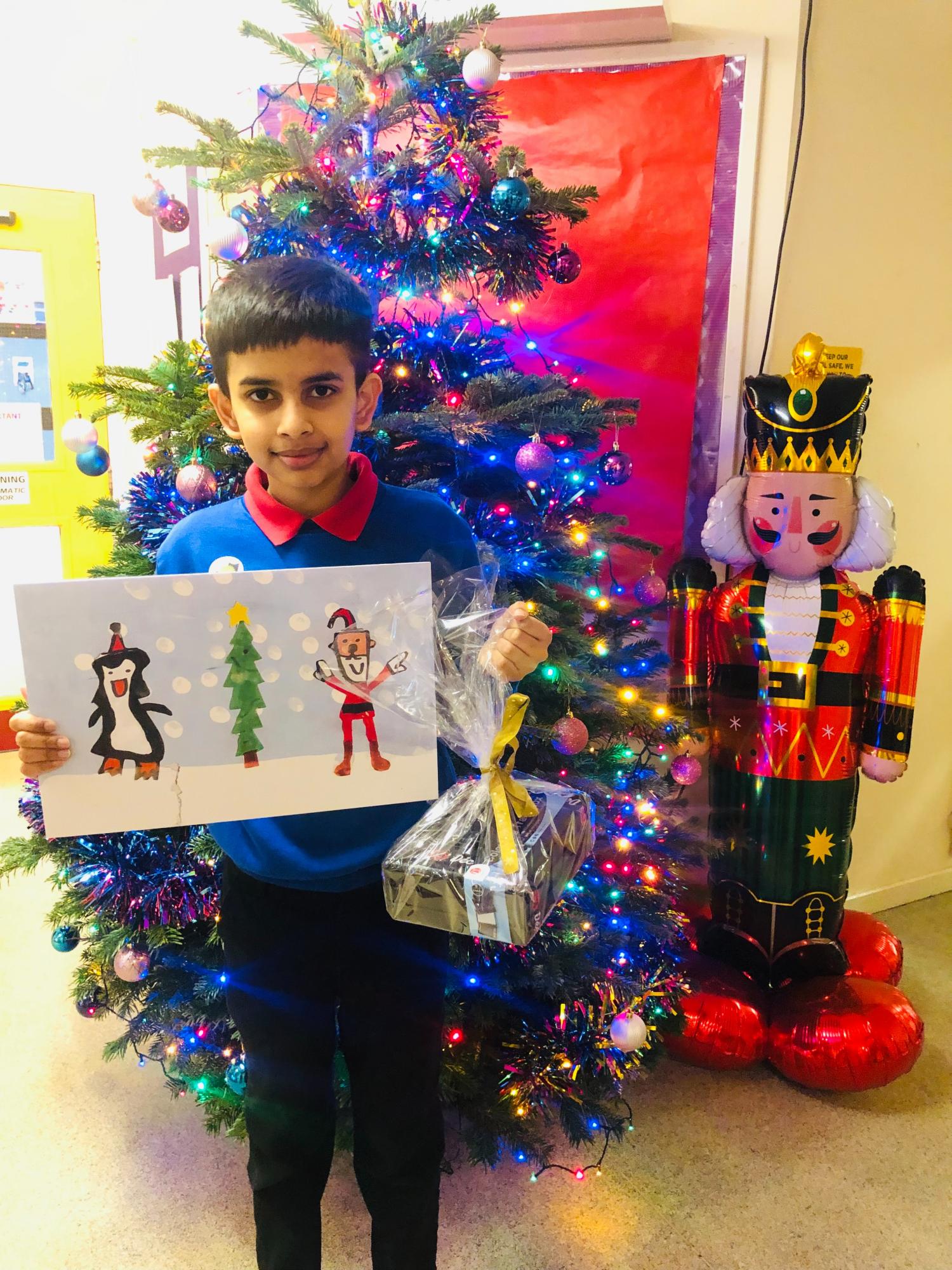 Eva said, “I had lots of fun making the Christmas card.  I’m really excited to have won the competition and I really love my art set prize."

Second place went to Aari, a P7 pupil at Campsie View School in Lenzie whose design also featured a snowy scene, with a penguin and Santa around a pretty Christmas tree.

And P6 pupil Lucy, from Gartconner Primary in Kirkintilloch, took third place with her impressive drawing of a snow globe with two snow people inside – another snowy themed creation. 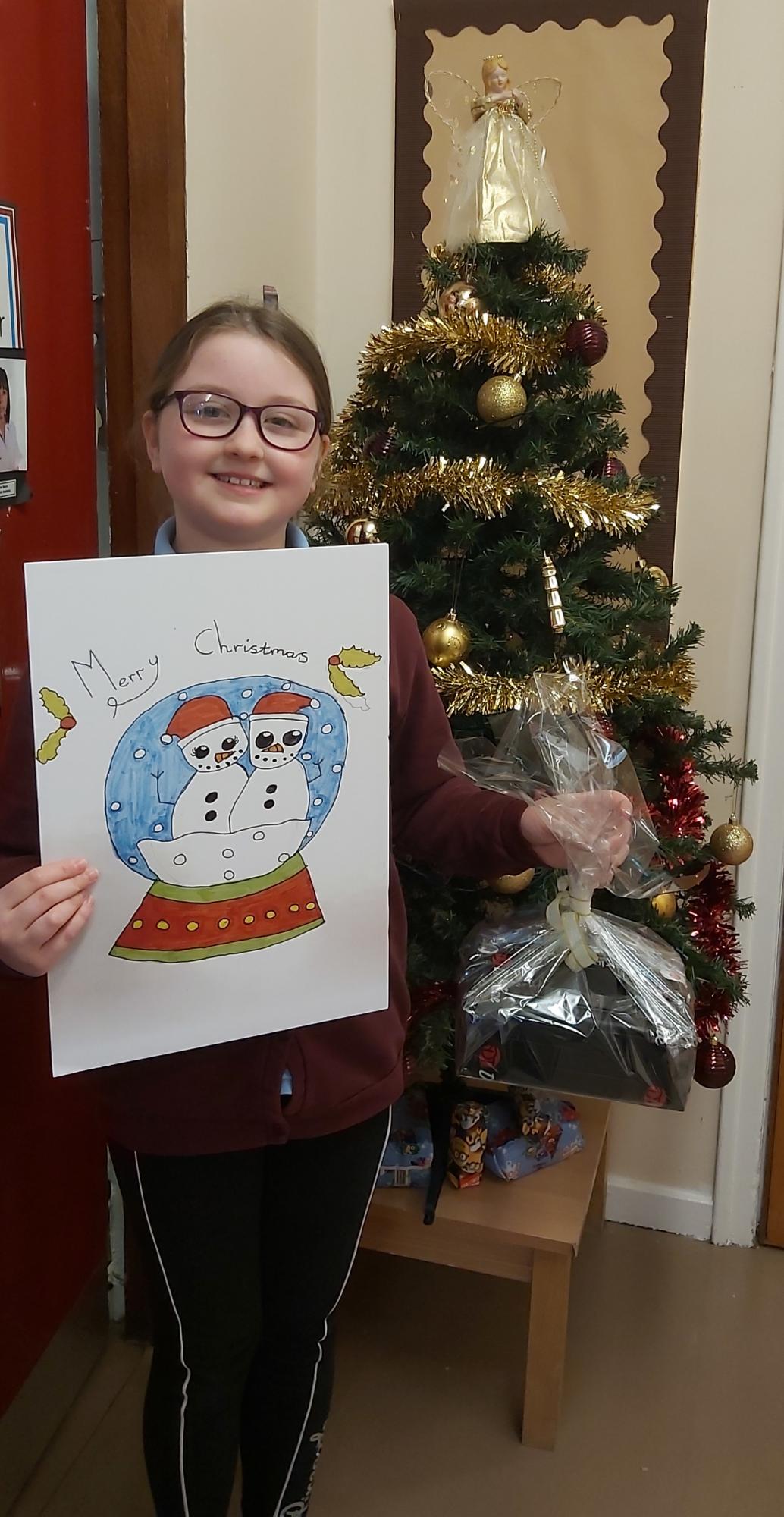 Depute Provost Pews said, “Once again I was amazed by the number of extremely talented pupils we have in East Dunbartonshire; there was a great deal of thought and effort put into the entries we received and Mrs Brown and I had a very tough job in choosing the winners.  I am now looking forward to sending out the cards and ecards featuring Eva’s design and I am confident everyone who receives it will be very impressed.”

Take a look at an animated version of the winning entries.