Improvements pave the way for a fresh look in Lenzie

Works to revamp the public realm in Lenzie have been officially welcomed. 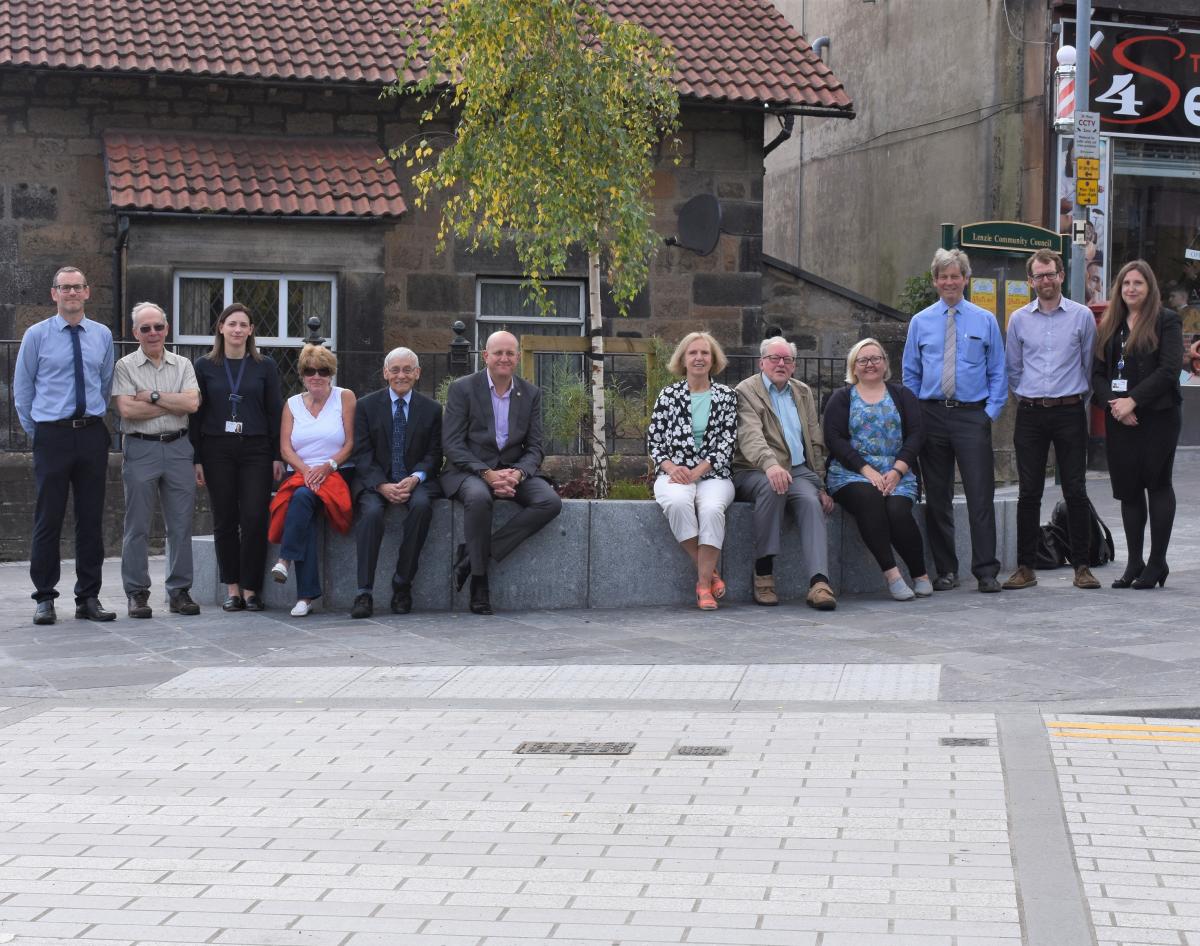 Lenzie Station Improvement Project includes a range of enhancements in the car park and Lenzie Cross area, such as:

Funding was secured through planning gain from housebuilders involved in the Woodilee development, with support from Strathclyde Partnership for Transport (SPT) and Abellio ScotRail. In addition, funding from Transport Scotland, through the Sustrans Places for Everyone programme, has enabled improvements for people walking and cycling.

Residents, retailers, shoppers and commuters have been thanked for their patience while works were carried out. 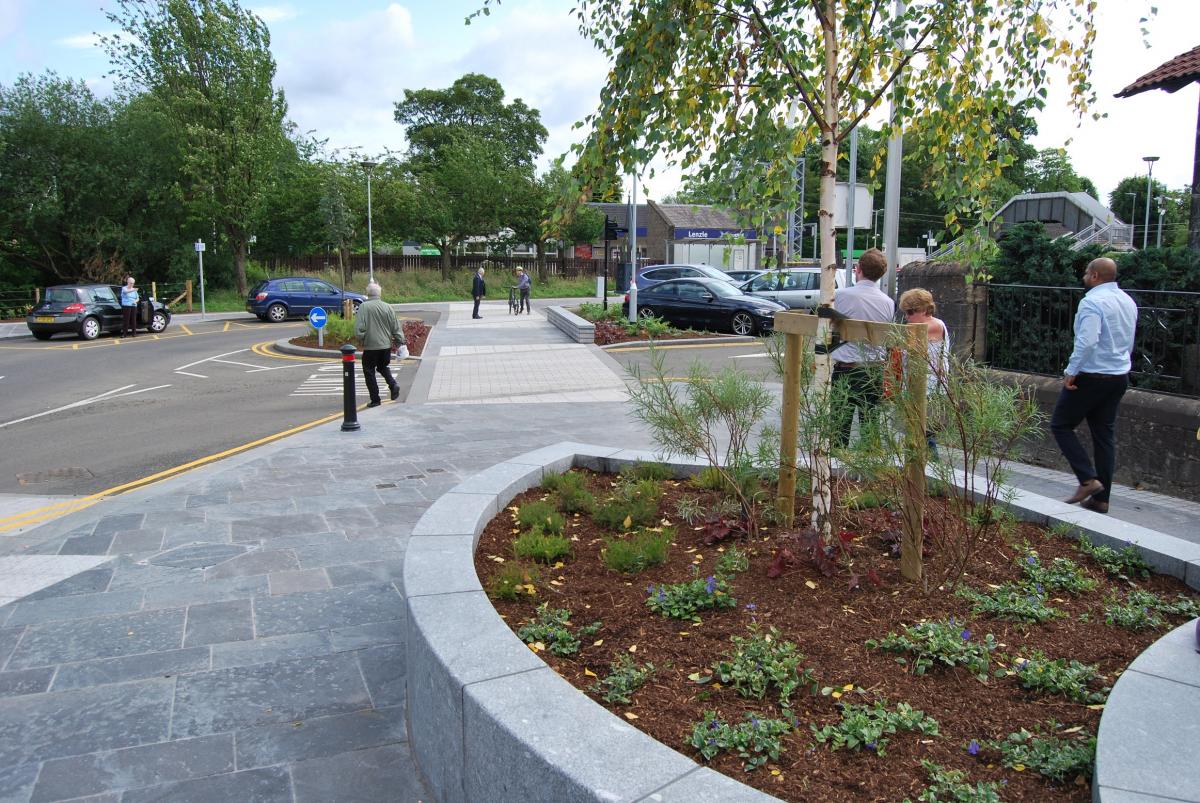 Proposals to improve the public space around the railway station and adjacent shops were developed following extensive engagement undertaken by the Council and Sustrans Scotland’s Street Design team.

Councillor Susan Murray, Vice Convener of Place, Neighbourhood & Corporate Assets, said, "I am delighted to officially welcome the public realm improvements in Lenzie, which are aimed at improving accessibility to local facilities and enhancing the area.

"This investment in Lenzie is the culmination of a long-term project involving residents, retailers, shoppers, commuters and groups - which balanced a range of needs and requirements.

"A huge thank-you to everyone for their patience while works were carried out and I hope as many people as possible can have a look for themselves soon." 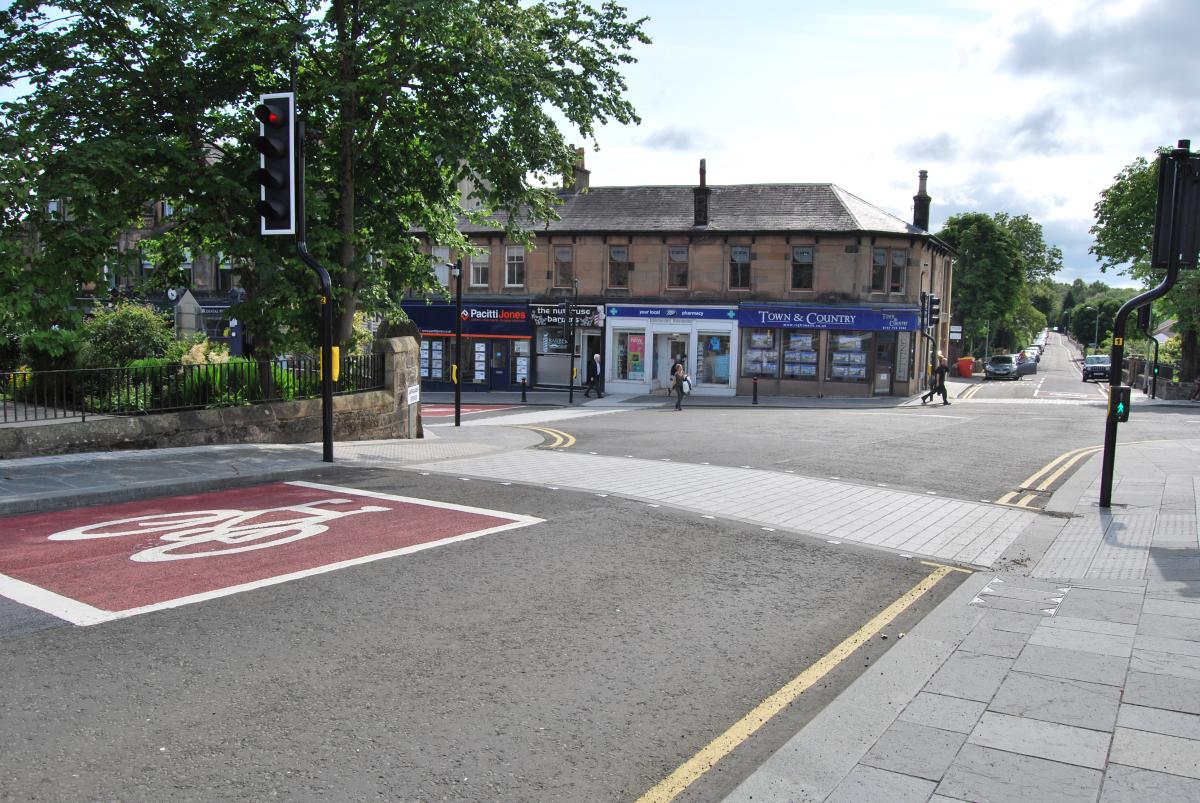 Construction was carried out by RJ McLeod, with Capita appointed as project manager for the works - supported by Sweco as principal designer.

Lenzie Community Council has been involved in the process throughout.

Convenor Tony Miles said, "Lenzie Community Council is very grateful to Sustrans Scotland and East Dunbartonshire Council for the improvement works at the station in Lenzie.

"We are very happy with the finished works, which have given the area around the station a fresh new look and the community a village centre to be proud of, which will be of great benefit. Many thanks to everyone involved in the planning and execution of the project, including SPT and Abellio ScotRail."

Dave Keane, Sustrans Scotland's Infrastructure Manager, said, "We are pleased to have been involved with this project, first through the work of our Street Design team with the local community and now as a partner through Places for Everyone. These improvements have helped to realise 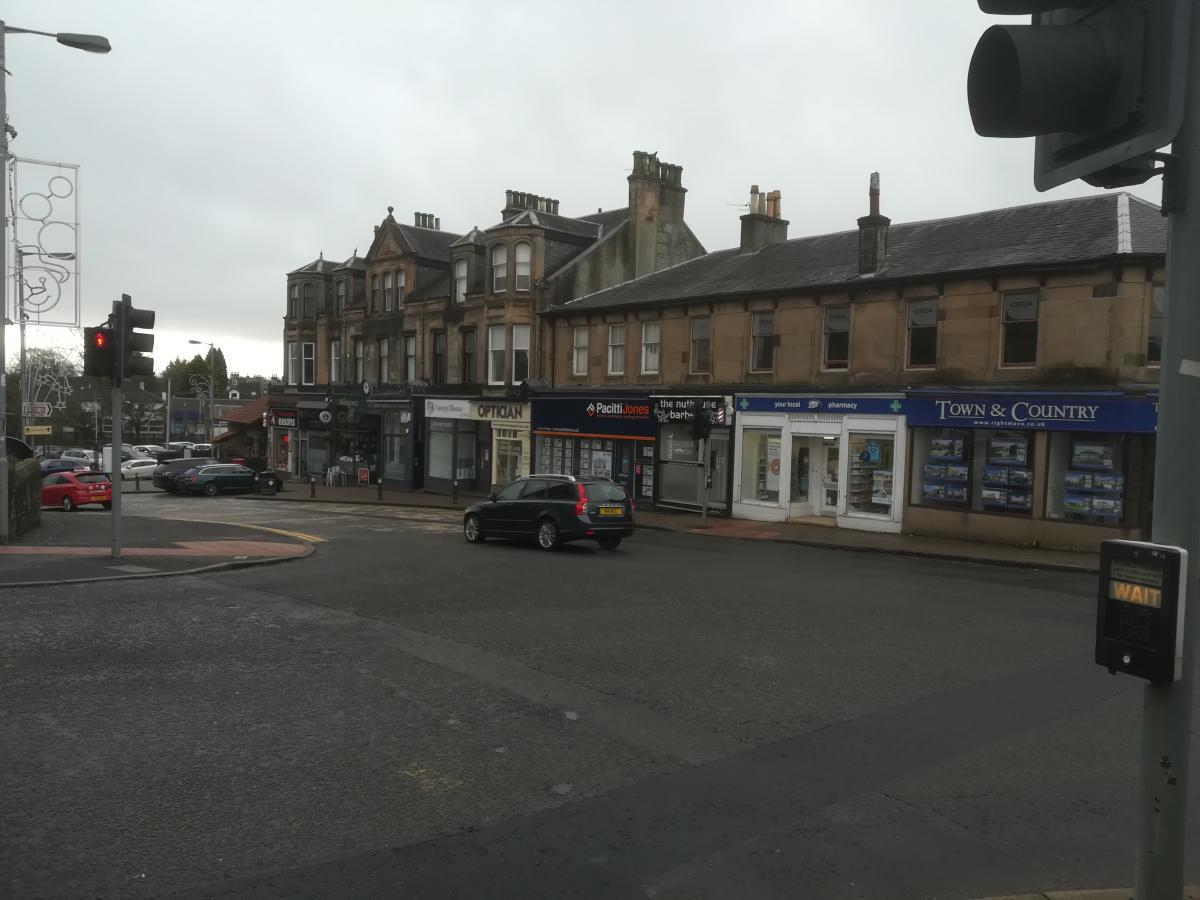 the aspirations of the community by creating a place that is accessible and pleasant to spend time in, encouraging people to enjoy the heart of Lenzie and improving their daily journeys."

SPT Vice Chair Alan Moir said, "SPT is delighted to support the Lenzie Station Improvement Project and pleased that it’s now beginning to take shape after a comprehensive public consultation and design process in recent years. The works have delivered a much-improved transport hub and public space, making it more appealing to everyone in the area."

* Lenzie Station's main car park is not owned by the Council, but this phase of the project was delivered in partnership with Network Rail and Abellio ScotRail to make it easier for people to move between different forms of transport in the area and to improve the public realm.

Also shown are photos of the finished works and how it was before the project began.