Scotland’s national Holocaust Memorial Day event will be hosted in January 2017 by East Dunbartonshire, where a number of other events will also take place throughout the week. 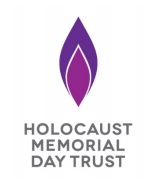 The Council is working in partnership with Interfaith Scotland and the Scottish Government to raise awareness of the 2017 theme: "How can life go on?"

Bishopbriggs Academy has been chosen as the venue for Scotland's Holocaust memorial event on Thursday 26 January 2017 - the eve of Holocaust Memorial Day.

International speakers will include author Saskia Tepe, the daughter of a Holocaust survivor, and Umutesi Stewart, survivor of the Rwandan Genocide. The evening will also include performances from young people from across East Dunbartonshire, the lighting of memorial candles, orchestral music and more.

Commemorations will take place across the country, and are also due to take place in Boclair Academy in Bearsden and St Ninian's High in Kirkintilloch on 24 January 2017.

Local schools will be producing artwork and the Council is working with the Learning Centre at HMP Low Moss.

Dr Maureen Sier, Director of Interfaith Scotland, said, "At a time in history when we are seeing the rise of anti-semitism, Islamaphobia and the politics of extremism, it is more critical than ever to remember the Holocaust and subsequent genocides, and to learn from history.

"Young people everywhere have a right to live on in a world that is not blighted by hatred, discrimination and fear."

"There is strong support locally for this annual commemoration, which provides a timely reminder that we must never forget the lessons from history regarding genocide.

"The story of the Holocaust is owned by everyone. As the voices of the survivors fade away their memories are now in everyone's hands. It is our duty to tell people about what happened to protect future generations."