The gloves are 'on' as East Dunbartonshire engages in Upstream Battle 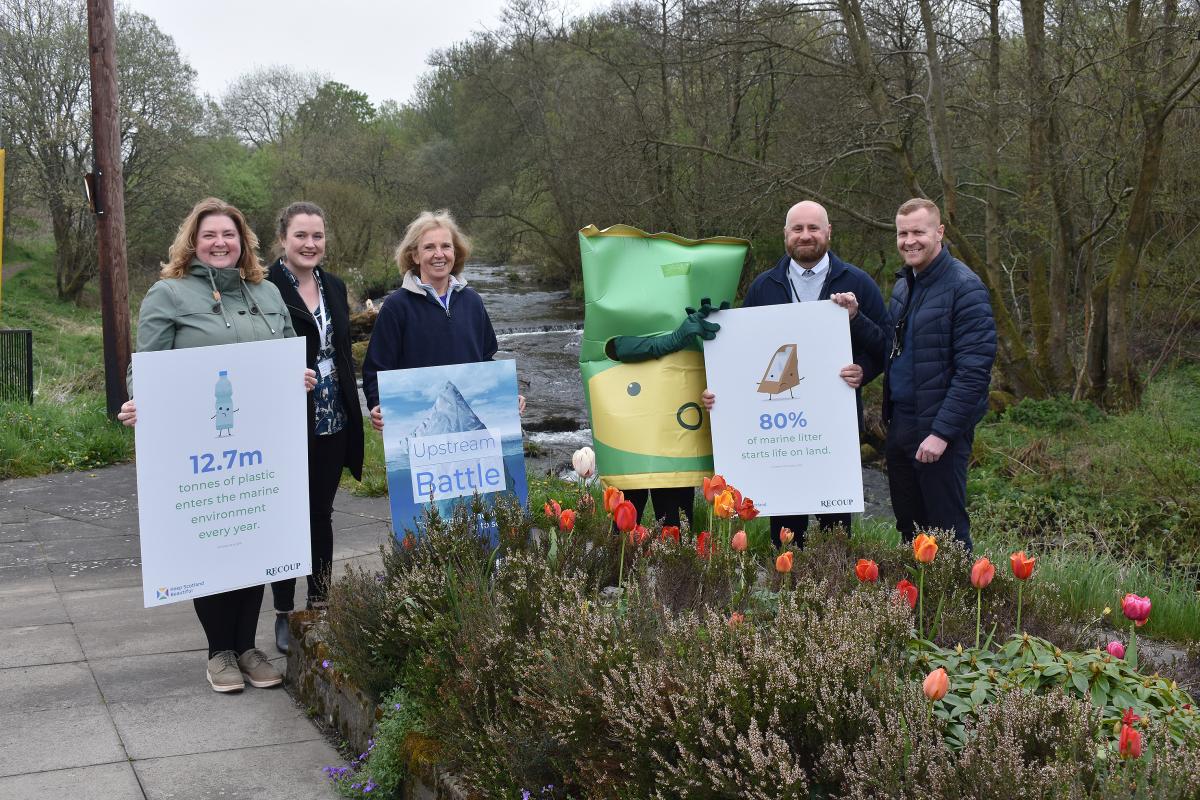 An incredible 232 bags of rubbish have been collected from the roadsides and river banks of East Dunbartonshire since the launch of the Upstream Battle on April 26.

East Dunbartonshire Council signed up to the campaign being coordinated by environmental charity Keep Scotland Beautiful to tackle plastics pollution in and around our waterways.

Over the last eight weeks, operatives from the Council’s Greenspace and Streetscene team, along with almost 200 volunteers have donned their gloves and collected 232 bags of litter. In addition, various bulk items have been removed including 13 shopping trolleys, 4 tyres, 2 chemical toilets, a TV and a sandpit.

As well as the three official anchor groups – Friends of Cairnhill Woods, the Clean Sweep Branch of Milngavie in Bloom and Luggiewatch – many others have taken part in clean ups including Baldernock residents’ group, Families of Auchinairn Coming Together (FACT), Scouts from 16th Glasgow (Milton of Campsie) and members of The Church of Jesus Christ of Latter-day Saints.

In addition to the litter picking along the waterways, volunteers also joined officers for the annual Week of Action on Roadside litter at the end of May. One of the busiest was at Baldernock where Council officers and 40 volunteers removed litter which had been thrown from vehicles.

Councillor Susan Murray, Vice-Convener of the Council's Place, Neighbourhood and Corporate Assets Committee, said, "We've seen a fantastic start to the Upstream Battle campaign across East Dunbartonshire. The response from residents to this challenge, as well as to the annual Spring clean ups and roadside litter picks, has been phenomenal. Many thanks to all those who took part in helping tackle this scourge on our beautiful landscape.

"As Council officers know only too well, however, removing the litter is only half the story. To really affect change, attitudes to discarding rubbish have to change. Those involved in the litter picks have been engaging members of the public and drawing attention to issues such as the need to reduce single use plastics."

Derek Robertson, Chief Executive of Keep Scotland Beautiful, said, "We are thrilled at the level of commitment East Dunbartonshire Council has shown for Upstream Battle and all the activity they have planned over the coming months. We look forward to working with them this year on this important issue."