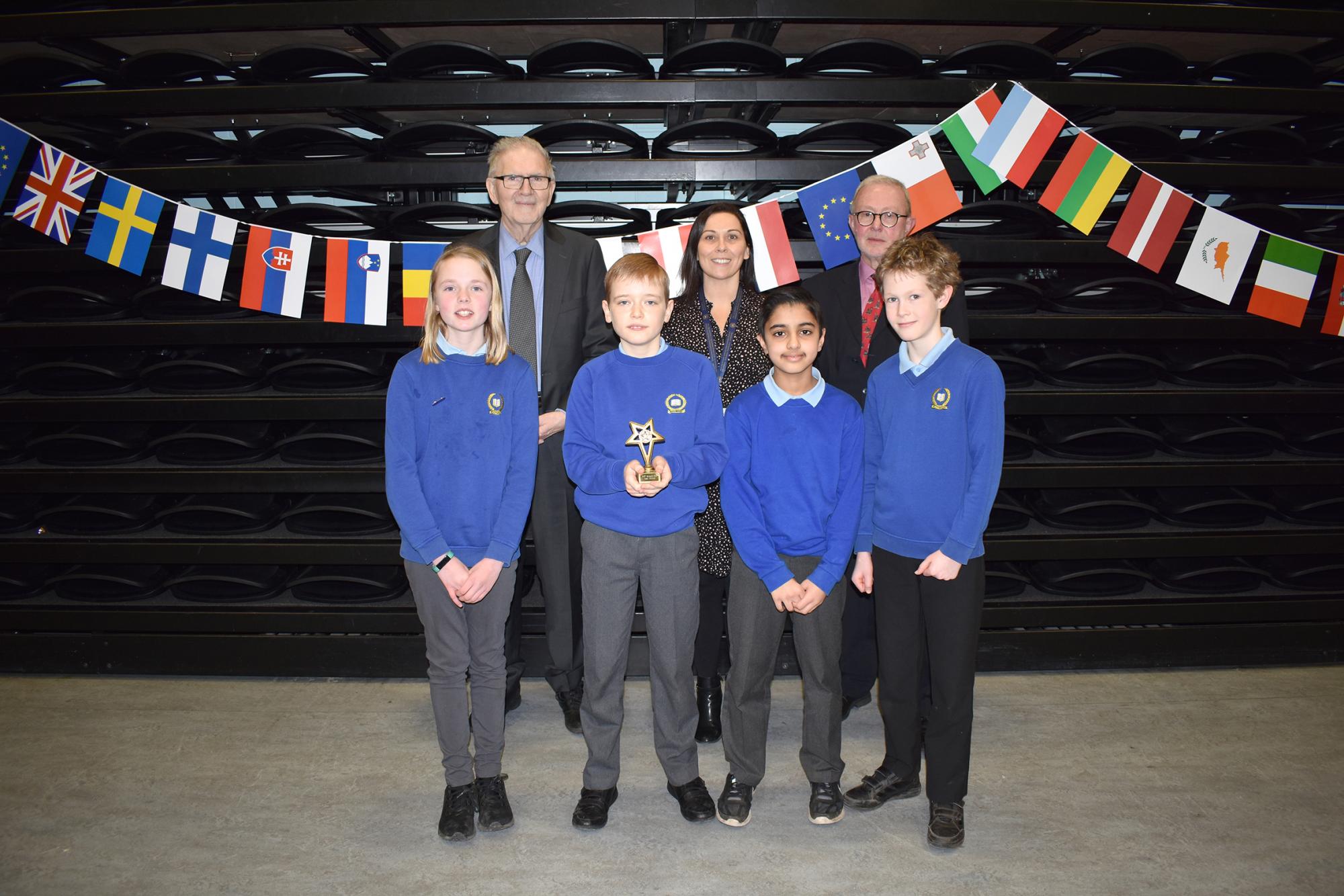 Congratulations to Meadowburn Primary School in Bishopbriggs whose knowledge of all things European has earned them a place in the national final of the Euroquiz competition.

The talented team of four P6 pupils beat off stiff competition from 23 other schools at the East Dunbartonshire heat, held in Bishopbriggs Academy today.

They will now go on to represent the area at the national finals at the Scottish Parliament in June.

The quiz is organised by the Council’s Education Service and the Scottish European Educational Trust, with support from the European Parliament Office in the UK.

Second place on the day went to Castlehill Primary in Bearsden.

Convener of Education, Jim Goodall, attended the quiz and said, “It is always a pleasure to attend this event and to see the excitement and enthusiasm of the children taking part.

"Once again I was impressed with the high standard of knowledge and language skills on display from all schools. It was clear that they had worked

very hard with teachers in advance to study the topics and prepare for the quick-fire quiz.

"Congratulations to Meadowburn Primary on their hard earned and much deserved victory. They worked well together as a team and I have no doubt that they will go on to do themselves proud at the final. I wish them the very best of luck."