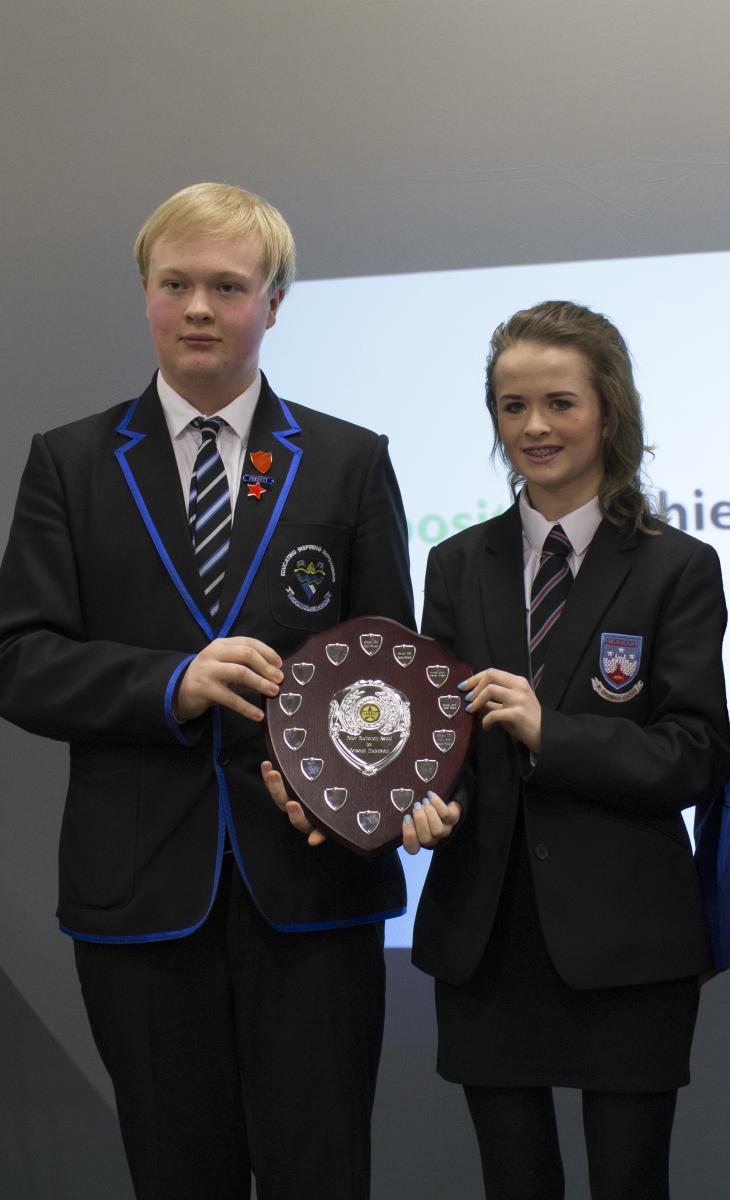 Each year the Peter Buchanan Award for Personal Endeavour is given to a young person in East Dunbartonshire who has, through exceptional determination and effort, overcome significant challenges in their life.

The award was created to honour the life of former Council Project Officer Peter Buchanan* who worked with local youngsters and died unexpectedly in July 2011.

For the first time, this year, two worthy winners have been selected as the judges could not separate them. They are:

Holly has been recognised for her commitment to community work as one of the hardest working members of the Milton of Campsie Railway Station Restoration Project Team.

She struggled at primary school and was diagnosed with dyslexia in P5, a diagnosis she found difficult to come to terms with. However, with support and determination she is flourishing and such was her impact on the community project that a newly created area at the station has been named ‘Holly’s Garden’.

Project Manager Greg Summers who supported Holly’s award nomination, said, “One of our committed volunteers was a fantastic young person called Holly Reid who attended every single improvement day come rain, hail or shine. What struck me about Holly was her desire to make a real and genuine improvement to her community.

“She not only encouraged her friends and peers to get involved but she also displayed a real interest in the older volunteers and has a fabulous understanding of the importance of positive inter-generational communication. She is a bright shining star and an incredibly valuable member of the Milton of Campsie community.”

Likewise Angus Semple has made a lasting impact on those around him, particularly teachers and fellow pupils. Angus lives with Asperger’s Syndrome and OCD and his latest achievement was to be named an S6 House Captain. His next goal is a place at University studying either physics at Glasgow or aero mechanical engineering at Strathclyde.

Gordon Moulsdale, Head Teacher from Bishopbriggs HS said, “Angus is a distinctive, even unique young man who has been supported to develop his social skills and to understand and come to terms with the implications of his condition.

“The progress he has made over recent years is astounding. He is a truly exceptional student who has shown consistent excellence in all his subjects. His experiences at school have at times been challenging and stressful for him but his drive to achieve helped him focus on the end result and time and again he demonstrated a great ability to succeed.

“Angus mentors younger pupils who are finding it hard to accept or understand their own diagnosis and does so with great compassion and empathy. He inspires them with his academic and social achievements and this has helped them remove many emotional barriers. He is an excellent role model and we are extremely proud of him.”

Council Leader, Rhondda Geekie presented Holly and Angus with their Awards and said, “Everything I have read about our two winners has been truly inspiring and I’m delighted to meet them today. It was clear from both nominations that Holly and Angus have touched the lives of many people and it is a wonderful thing to be able to recognise that with this very special award.

“There can be no doubt that both these young people have demonstrated determination against the odds and a commitment to doing their bit for other people. They should be very proud of what they have achieved so far and it is my honour to be able to present this award to them on behalf of everyone who knows them.”

* Peter was a much respected member of the Council project Positive Achievements which works to support young people secure employment and training opportunities.