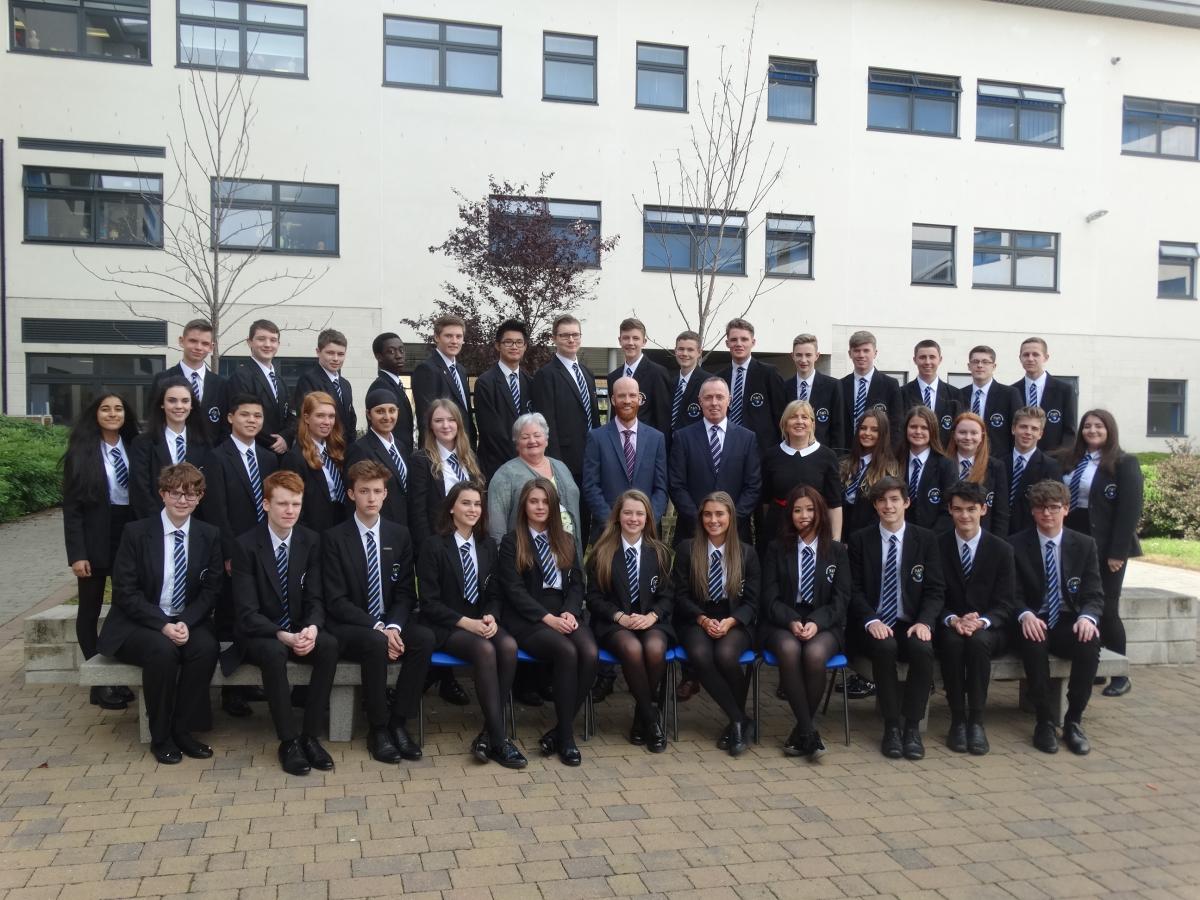 The successes and plaudits just keep coming for the pupils, staff and parents of Bishopbriggs Academy as the school has once again been named 'The Scottish State Secondary School of the Year' in the prestigious Sunday Times School Guide for 2018.

This is the latest accolade for the high performing school which has built upon the outstanding inspection report it received in 2013; a report that was a significant factor in Bishopbriggs Academy’s first School of the Year award in 2014/15.  The inspection team from Education Scotland awarded Bishopbriggs Academy four 'excellent' gradings and the school has followed that up with consistently record-breaking attainment, including an unprecedented 52% of S5 pupils this year passing five or more Highers.

A tough judging panel at the newspaper selected Bishopbriggs Academy to top the poll of 400 schools across Scotland and did so not only because of its attainment levels but because of its record on continual improvement and the wide range of opportunities afforded to its young people.

The school climbed the ranks of the Sunday Times lists, breaking into the top 20 for the first time in 2013.  Since then, the school has gone from strength to strength.

Head Teacher Gordon Moulsdale paid tribute to the 1200 pupils, their families and the 120 strong teaching and support team who make the school the success that it is.

He said, “We are absolutely thrilled that the many achievements of our young people and the truly outstanding work of our staff has been recognised through this fantastic award. Working closely with our highly supportive parent body, everything we do in our school is designed to enhance the learning experience for all our young people and to improve their life chances by helping them secure positive, sustained destinations. There is a real and genuine pride in our school amongst all our stakeholders and this award seems to suggest that we have every reason to be proud.”

Bishopbriggs Academy was formed in 2006 when Bishopbriggs High and nearby Thomas Muir High were merged as part of East Dunbartonshire Council's PPP school improvement programme.

The Council's Education Convener, Councillor Mohrag Fischer, congratulated everyone at the school on their success.

She said, “To have been selected as The Scottish State Secondary School of the Year, not once but twice, is quite an outstanding accomplishment.  Bishopbriggs Academy is a fantastic school which offers a first rate educational experience for all its students helping them towards high attainment levels and giving them the best possible chance of leaving school and going on to sustained positive destinations.

“It is a sign of great success that the school has been so highly ranked for so many years and this is down to outstanding leadership at all levels, a dedicated and highly-skilled staff and hard-working, ambitious pupils. I am delighted for the entire school community and I am confident the school will continue to flourish in the years ahead.  Well done on receiving this prestigious recognition, it is well deserved.”