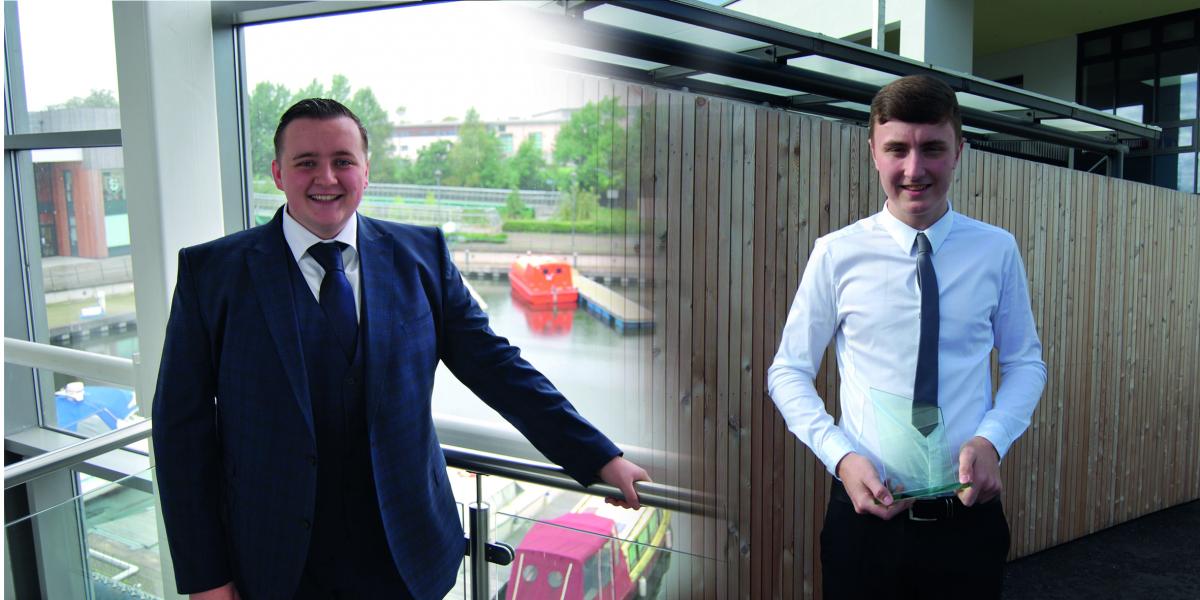 East Dunbartonshire Council’s reputation for supporting youth employment and producing first class apprentices was cemented this week when two of its apprentices were shortlisted for national awards.

Allan Campbell, an apprentice electrician and Paul Don whose apprenticeship is in Construction Management have been shortlisted in separate categories at the APSE Scotland Building & Housing Apprentice of the Year Awards 2017.

This is not the first time Allan and Paul have been thrust into the spotlight to have their hard work and talent recognised. Allan was previously a runner-up at these same awards in 2015 while just a few months ago Paul won his category at the UK-wide APSE awards.

They will attend a two-day industry conference in February (15-16th), which culminates in a glittering awards night at the Hilton Dunblane Hydro, where they will learn their fate.

Council Leader Rhondda Geekie is thrilled that the Council’s strong team of apprentices is continuing its winning ways. She said, “We invest heavily in our apprenticeship programme as I believe it is important to give local young people an opportunity to embark on a career which allows them to learn, study and earn at the same time.

“It is a hugely popular scheme and over the last three years we have had the privilege of taking on 35 talented young people who have grabbed the opportunity with both hands. I am delighted that Allan and Paul have been shortlisted again as they are both exceptional young men who bring talent, enthusiasm and lots of energy to their roles. I wish them both the best of luck at the awards in February.”

Paul said, “I always struggled at school then found out at secondary school that I have Dyslexia and Mears-Irlen*. It just made we want to achieve more. I am loving my time at the Council and am still reeling from my APSE UK award and can’t believe I’ve been shortlisted for the Scottish awards now.”

Allan added, “Despite getting good grades at school I couldn’t see myself going onto University. When I heard about the Council apprenticeship I thought I’d enjoy the mix of working, learning on the job and studying – while getting paid. I feel lucky to have been accepted onto the programme and am chuffed to be up for another award.”

* Meares-Irlen Syndrome is a form of visual stress which leads to difficulties with fine vision tasks such as reading. This eye condition was identified in 1980 and although the condition is not yet fully understood, it is known to affect reading ability. The condition affects about 50% of dyslexics