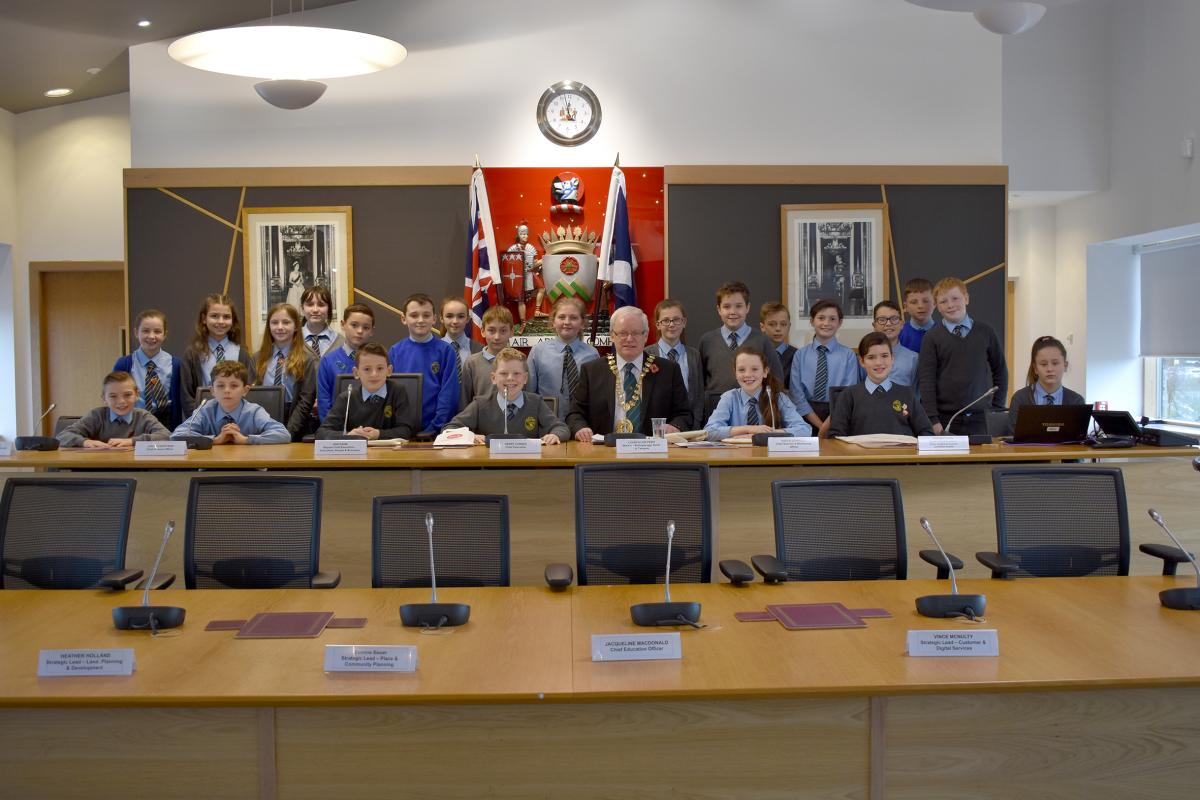 The pupils have been learning about local government and democracy in class and were invited to visit the Council's debating chamber to see first-hand where important local decisions are made.

On 2 November Gartconner Primary took over the chamber as guests of Depute Provost Pews and on 9 November it was the turn of Oxgang Primary.

The Depute Provost spoke to them about how the Council works, his role within it and how Council services impact their lives and those of their families. The trip ended with a fun quiz hosted by the Depute Provost to see how much the young people had learned.

Depute Provost Pews said, "I think it's important to help young people to understand the importance of local government and how the services that it provides are all around them. The pupils had clearly done their homework but hopefully they went away knowing a wee bit more about the Council, the Civic Office and how local democracy works."

Hannah Young, Acting Head Teacher at Oxgang Primary said, "The pupils thoroughly enjoyed their trip to East Dunbartonshire Council HQ. Prior to the visit, they worked collaboratively in groups to research various services provided by the Council and learn important facts in preparation for the quiz. Pupils were excited to meet Depute Provost Pews in the beautiful setting of the Marina.

"He was very welcoming and the pupils were engaged in the quiz where their research skills were tested. It was a very well planned and organised day of learning and fun!" 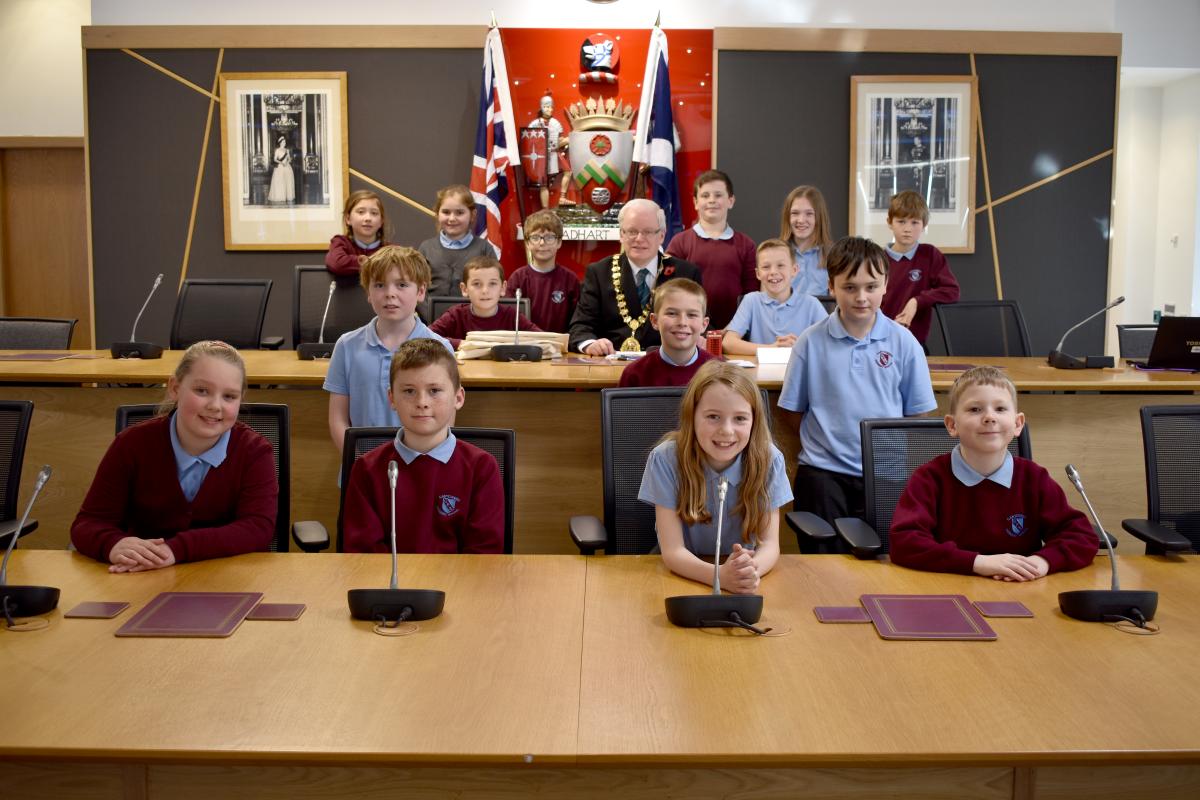 Paul Manley, Head Teacher of Gartconner Primary added, "What a wonderful experience for our pupils to see behind the scenes of local government. Their local government topic came to life when meeting the Depute Provost. Our thanks to Depute Provost Pews and everyone at the Council for providing this excellent opportunity."

Next month, Hillhead PS will enjoy a visit to the Council HQ with plans for more schools to get involved next year.