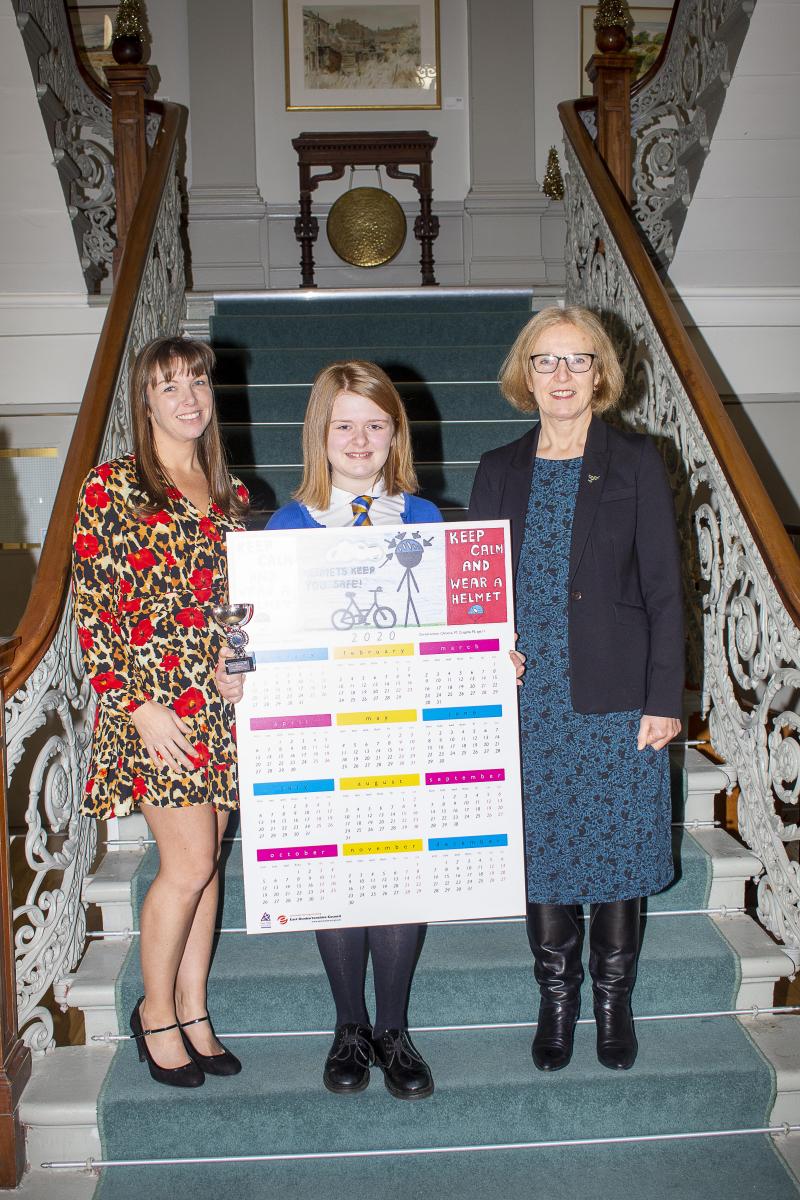 Christina Cafolla, a Primary 7 pupil at Craigdhu Primary, has beaten thousands of other entries to be announced as the winner of East Dunbartonshire Council’s annual Road Safety Calendar Competition.

With an amazing 4483 entries, almost 1,000 more than last year, from 27 different schools across the area, competition was stiff but Christina’s eye-catching image caught the attention of the judges. The striking red and blue design urged cyclists to “Keep Calm and Wear a Helmet”.

Now Christina’s artwork will feature on thousands of calendars that will be distributed across East Dunbartonshire to remind people to keep safe on and around the roads.

Christina and a number of other pupils whose drawings were chosen as the best in their age range were presented with their prizes at a special event at Kilmardinny House in Bearsden.

Councillor Susan Murray, Vice Convener of Place, Neighbourhood & Corporate Assets met Christina and the other winners at the prize-giving.

She said, “Our annual calendar competition really gets children thinking about the importance of road safety while allowing them to express their creativity. The discussions which take place in the classrooms while they are working 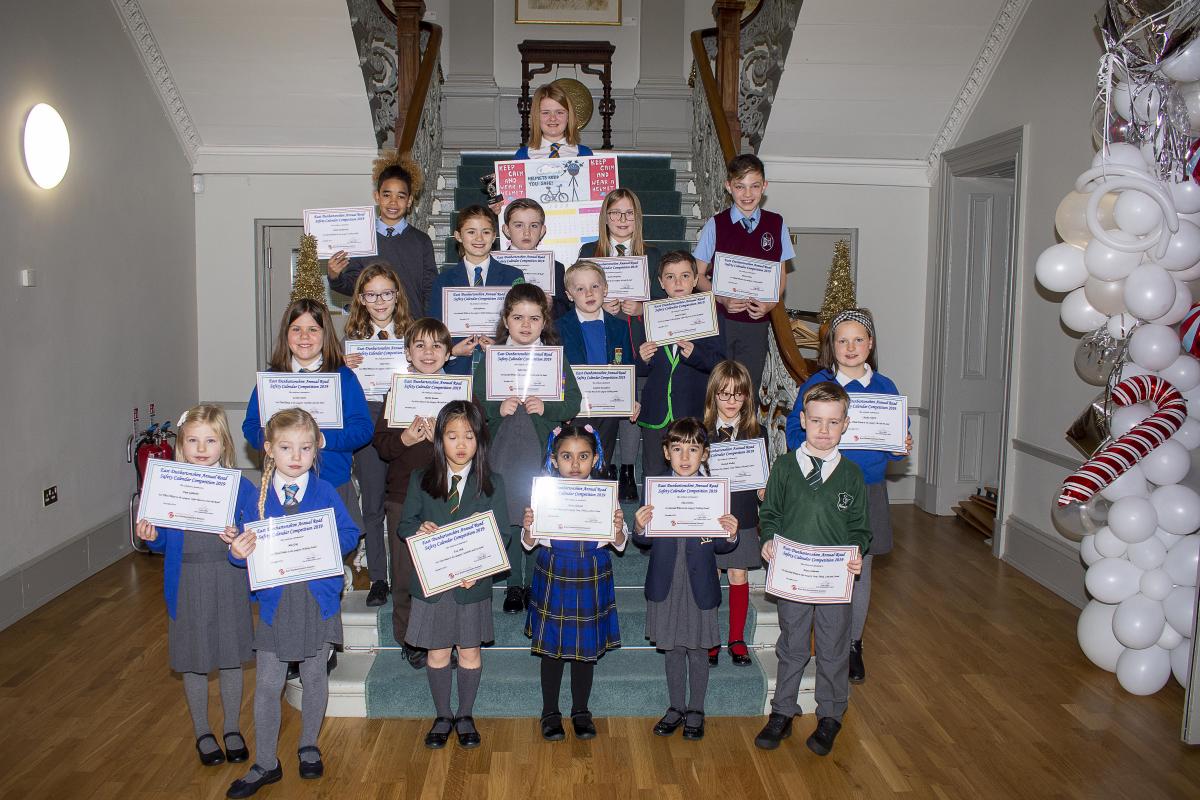 on their designs help to raise awareness of this vital issue in an enjoyable way.

“This year we received 4483 entries and choosing a winner was an extremely difficult task. The level of talent on show was very impressive. For me, Christina’s entry was everything that a good design should be; bold, eye-catching and with a simple, memorable message. I’d like to congratulate her and all the other winners this year. They are a credit to their schools.

“I would like to thank every pupil in each school who took part in this year’s Calendar Competition and also extend thanks to all the teachers who encouraged them to produce such original entries.” 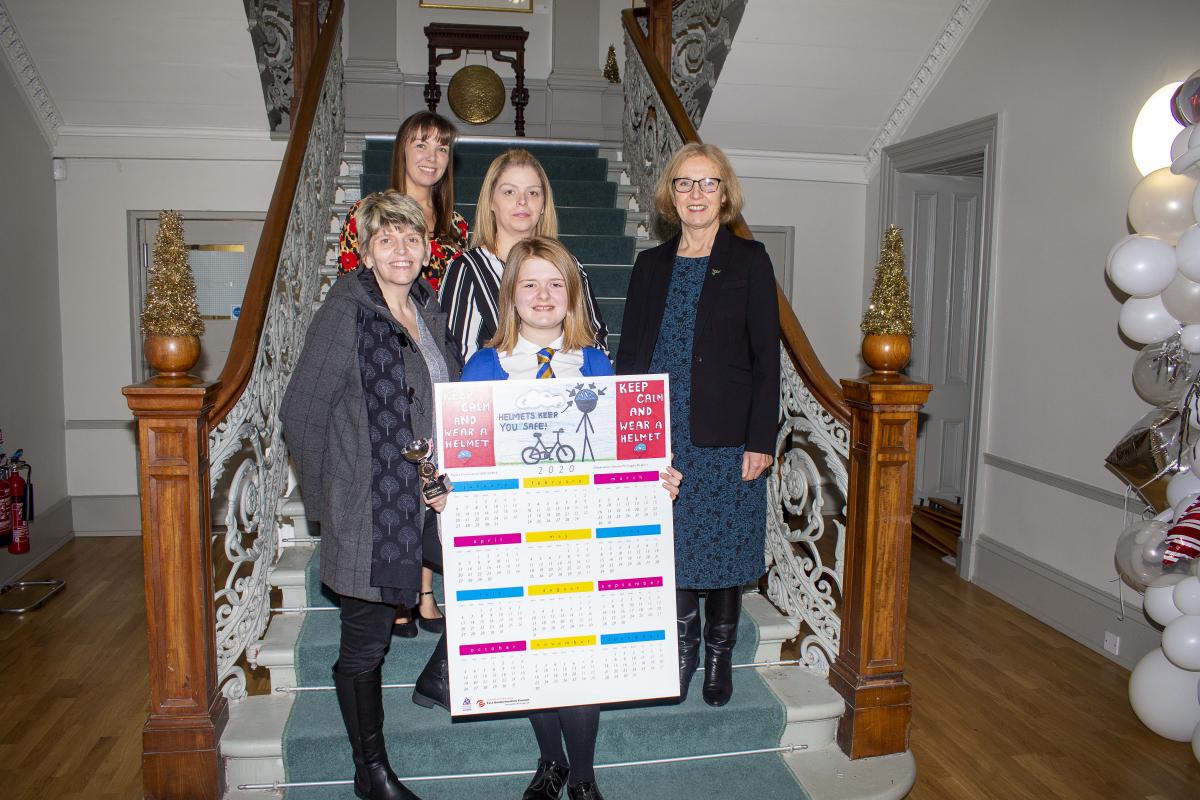 Mrs Lesley Davidson, head teacher at Craigdhu Primary School, said, “We are delighted to see Christina’s entry named as winner. The design looks great and I know she will be thrilled to know that her picture will be hanging up in homes across the area.

“All the children approached the competition with great enthusiasm and have learned valuable lessons about road safety in the process."

Christina received £70 and a trophy that will go on display at her school. Prize winners in each category received cash prizes, a certificate and a pencil set. First place winners received £25, second place £20 and third place £15.