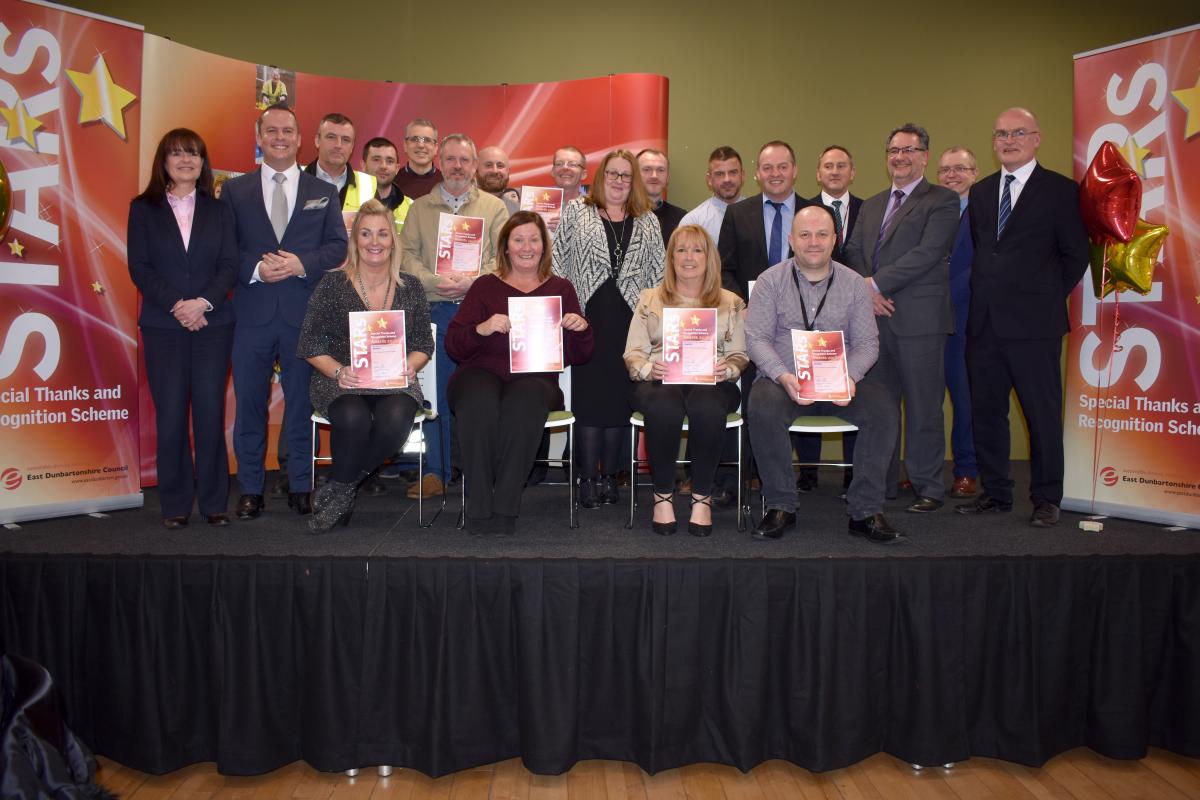 The STARs Awards are the annual Special Thanks And Recognition Scheme for Council employees and the winners in each of the five categories were as follows:

Team Award (Internally Nominated):  Frontline Responders to the 'Beast from the East’

Councillor Polson explained, "Those who were shortleeted and their nominators were invited to our awards ceremony at the War Memorial Hall and it was great to see so many people there to be recognised for the fantastic jobs that they do.

"It was incredibly difficult to identify just one winner in each category. Huge congratulations go to all of our winners and also to our shortleet in recognition of the extra mile they clearly go in delivering our essential Council services.

"This year was our fourth annual ceremony and our STARs Awards are going from strength to strength.  Whilst it is challenging to reach a shortleet for each category, it is pleasing to see the wide range of nominations we receive – from colleagues and from service users – recognising the great jobs that our employees carry out and the additional effort given by those that are nominated."

Councillor Moody added, "The shortleeting challenge was particularly difficult for our internally nominated team award this year.  There were fantastic nominations from across the Council,

but the stand-out nominations were for our many teams that truly went above and beyond what would be expected of their roles in our response to the major winter event the 'Beast from the East'.

"So for that award this year, we took the view that we could not pit these teams against each other in a shortleet when the collective efforts of a number of key service areas were what enabled us to clear our roads, access and support the vulnerable in our communities, and keep our residents informed.  All of our frontline responders to that unprecedented weather were the winners in this category and representatives from those service areas attended the ceremony to receive the award on behalf of all their colleagues."

The winners and photos from the Awards ceremony can be found at www.eastdunbarton.gov.uk/STARS