Almost 5,000 children put pen, crayon and paint brush to paper to create a design for the calendar which is displayed in schools, offices and homes across the area to remind people to keep safe on and around the roads. Cllr Susan Murray, as Vice Convener of the Place, Neighbourhood & Corporate Assets committee, was given the challenge of selecting the winners in each year group and also the overall winner.

Despite some tough competition, it was a wonderfully cheerful image by Primary 4 pupil Bryn Papworth which was awarded first prize. His colourful drawing with the tagline “Seat belts keep you safe” will grace next year’s calendar.

An amazing 4689 entries, almost 200 more than last year, were submitted from 29 different schools across the area. Bryn’s artwork depicted a family group travelling in a car and all wearing their seatbelts while an animated sun gave a double thumbs up. 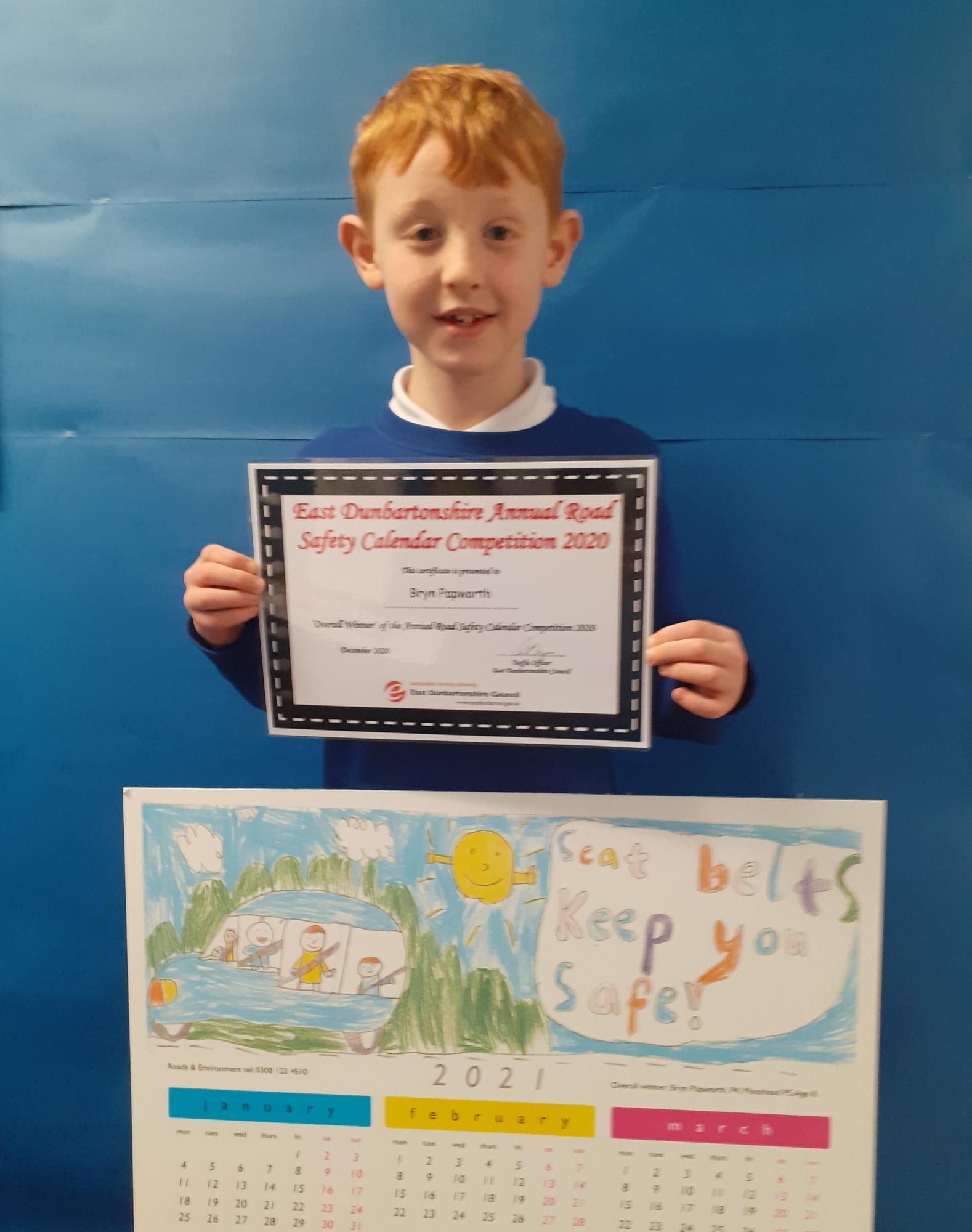 In other years the winners have been presented with a certificate and a prize at a ceremony attended by Councillors. As with most things this year, the physical ceremony was not able to go ahead due to the ongoing pandemic, but Bryn was still delighted with his achievement.

Bryn, who is currently a pupil at Mosshead Primary School in Bearden but who attended Lenzie Meadow Primary when he submitted his design, said, “I got the idea for my picture from watching a video about seatbelt safety. I especially enjoyed drawing the children with their thumbs up... that was very tricky to draw.
“When I was told that I was the winner, out of thousands of other children, I felt surprised and excited. I'm looking forward to seeing the calendar and showing my family.”

Joint Council Leader Vaughan Moody, said, “Our annual calendar competition really gets children thinking about the importance of road safety while allowing them to express their creativity. The discussions which take place in the classrooms while they are working on their designs help to raise awareness of this vital issue in an enjoyable way. Well done to a worthy winner”

Joint Council Leader Andrew Polson, said, “For me, Bryn’s entry was everything that a good design should be; bold, eye-catching and with a simple, memorable message. I’d like to congratulate him and all the other winners this year. They are a credit to their schools.”